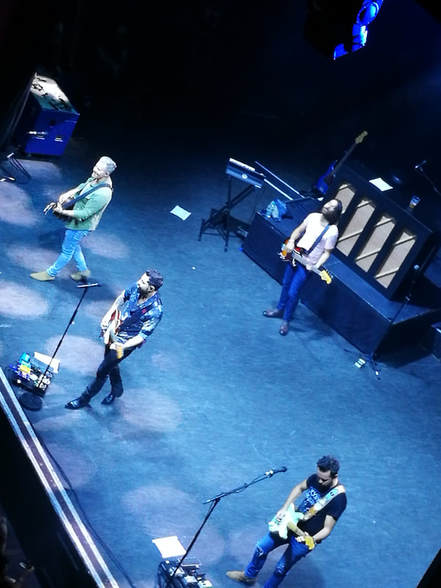 Following over an hour of support music from Eric Paslay and Walker Hayes, there was (almost expected now) a sold out crowd at the O2 Shepherd’s Bush Empire to welcome Old Dominion to the capital for the first time since November 2018. Old Dominion are no strangers to these shores and over the years have built up their fan base in a similar way to fellow Nashville based artist Drake White. They first came over and played a short set at C2C and an intimate date in London a few days later. With their name doing the rounds they returned to tour the country as the chief support act for Thomas Rhett, their set was so eagerly anticipated at London’s Roundhouse that they had to delay the start of the set because the que was still making its way round the block. Clearly, they left their mark as this time around they are playing their own headline tour to sold out venues across the country.

After stops in Ireland and Liverpool, it was London’s turn. Being on a Sunday night wasn’t a turn off either. The crowd was ready to party and made their feelings clear from the moment the lights dimmed and the band took their first steps on stage – looking absolutely stunned! Opening the night with Song for Another Time, Old Dominion would treat the capacity crowd to songs from their first album, Meat and Candy, and their 2017 album Happy Endings.

The 21 track set saw the band play all the crowd favourite hits and from an excellent vantage point on the side of the upper tier the crowd in the stalls swayed and sang along to every word Matthew sang. On stage, the band were visibly feeding off the energy the crowd was offering as they jumped down to sing in the pit on several occasions before even dropping to their knees to play on stage. Towards the end of the night though, it was time for a sneak peek ahead to what 2019 may have in store for Old Dominion. 3 weeks ago, Make It Sweet was released and it was no surprise that despite it being brand new every single word was sung along to. How long does it take for the UK country fans to learn a song??
Following Make It Sweet, they snag Can’t Get You, which again shows the dedication of the fans to know the music as this track had only previously been released as the last song on the Happy Endings album as a live cut. After 14 tracks of nonstop entertainment, it was time for a cover. For me, Kenny Chesney is at the top of my list of artist I would love to come to the UK, and based on the reception Save It for A Rainy Day got I don’t think I am the only one. Kenny we are here! 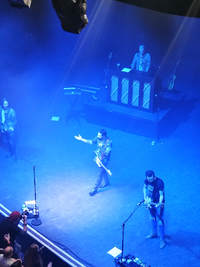 ​Before you knew it, 18 tracks had come and gone and Old Dominion made their way off stage. The roar was deafening. It took just a matter of seconds for them to return to play So You Go before introducing another brand new song that has not been released yet – Smooth Sailing. Despite the buzz of the crowd reaching boiling point, every single person went quiet to take in the lyrics to this new track. Somehow, an hour and a half had absolutely flown by. Finishing the set with the ultimate fan favourite track of Snapback, there was still time for a spot of crowd surfing from the guys before taking their final bow to the London crowd.

With plenty of stops still to come this week, Old Dominion are continuing to justify the growth and applause they have gained over the recent years and clearly know how to entertain the crowd. With a third album set for release in 2019, UK based fans will certainly be keeping their fingers crossed that another date will be announced as, like with many artists, the UK fans just can’t get enough and as long as they keep coming we will be there and sell out venues.