The Sit Down with Olivia Lane

Originally hailing from Houston, Olivia Lane found her way to Nashville (via USC in Los Angeles) back in 2013. On this side of the Atlantic, she first hit our shores in 2019 and returned again just before the start of the pandemic around the release of her last extended project “The One”. Over the past eighteen months, in addition to getting through a global pandemic, Lane has released a constant flow of music which has been really open about embracing her spirituality that culminates with the release of her new album “HEART CHANGE” on September 17th. I have been lucky enough to speak to Olivia a number of times in the past and whilst I was at The Oval sampling division 2 Championship cricket, I introduced her to my favourite sport as we had a good old catch up over Zoom to talk about this project and bring about the opportunity to introduce her further to the Country In The UK audience.
​

Whilst Olivia and I have spoken a number of times in the past, we have not run an extensive feature about her on the site before so we began by her sharing the story of how she found her way to Nashville from Houston via Los Angeles:
“Oh gosh! I’ll try and make this long, long story nice and short. I grew up in Houston and I was a child actor so I was doing commercials, I think my first one was when I was about five and I was kind of a big fish in the entertainment industry around Houston. I saw girls like Demi Lovato and Selena Gomez from Texas moving to LA and accomplishing their dreams so I thought, you know what? That’s where I need to go, got to go to LA! I convinced my parents after about six months that I wouldn’t be happy if I didn’t go to LA. I was such a brat when I look back but they agreed and I did two years of high school out there which was amazing and then I did four years of college where I did not love it as much anymore. College was a time that I feel I lost myself but I found out a lot about what I didn’t want to be in my life, which is just as informative. I realised that Los Angeles was not my cup of tea living wise so I got the itch to pursue Nashville when I took songwriting at college. It was almost like my artist flame got reignited when I started songwriting because I was doing a ton of auditions, failing a lot and not getting any call-backs so it was a really hard time for me. With songwriting, my world became so much more colourful and I got reignited as this artist that I knew I had inside of me then I knew I didn’t like LA, so the next town over to me was Nashville. I started spending my summers here when I was still in college, seeing if I liked Nashville and I moved here in 2013 because I just fell in love with it. I think looking back on my journey, I never really knew that country music, singer-songwriter was ever really a thing until Taylor Swift came onto the scene where you could be a young woman, go to Nashville and be a songwriter. I never really comprehended that was a path that I could take and that’s how I got to Nashville”
“It’s like the secret is out about Nashville, everybody knows how cool it is or everybody wants to come here which I don’t blame them because it is amazing, it really is. I feel like all of the normal watering holes that artists used to hang out at are now found out about by the tourists which is totally fine, we can find new spots and go new places but it really is a fun renascence of being here because so many people are moving here right now. People from New York and LA are realising that they can move here and have a better quality of life and actually afford a piece of land which is wonderful but also artistically there are so many people from different genres that are moving here too which is interesting to see how that’s affecting the music.”
​

In addition to talking about the changes that have taken place in music city over recent years, I asked Olivia about how things, particularly following on from the pandemic, whether the opportunities and the attitudes towards female artists have began to grow more positively?
“I think honestly during the pandemic that people just had time to listen. The market is so saturated now because there are so many talented people which is wonderful but somehow, we still haven’t figured it out, females just don’t get as many opportunities as men. I think the pandemic was a really great time for artists like myself to really think about who I am and what I want to say but also be engaging with my fans. I had so much time to sit on Instagram and just talk to people. People just had time to listen and it was a great time to discover music and figure out new artists that they’re into because we all needed music in our lives. In Nashville there are so many talented writers and I think females get so many wonderful opportunities at least to write creatively. I’m going in a different direction to a lot of country artists looking to more Christian writers now which is my personal life but it’s an interesting time that is forcing people to listen to new music because they are bored with the old stuff so want new stuff and I think a lot of women have really engaging new stuff to say.” 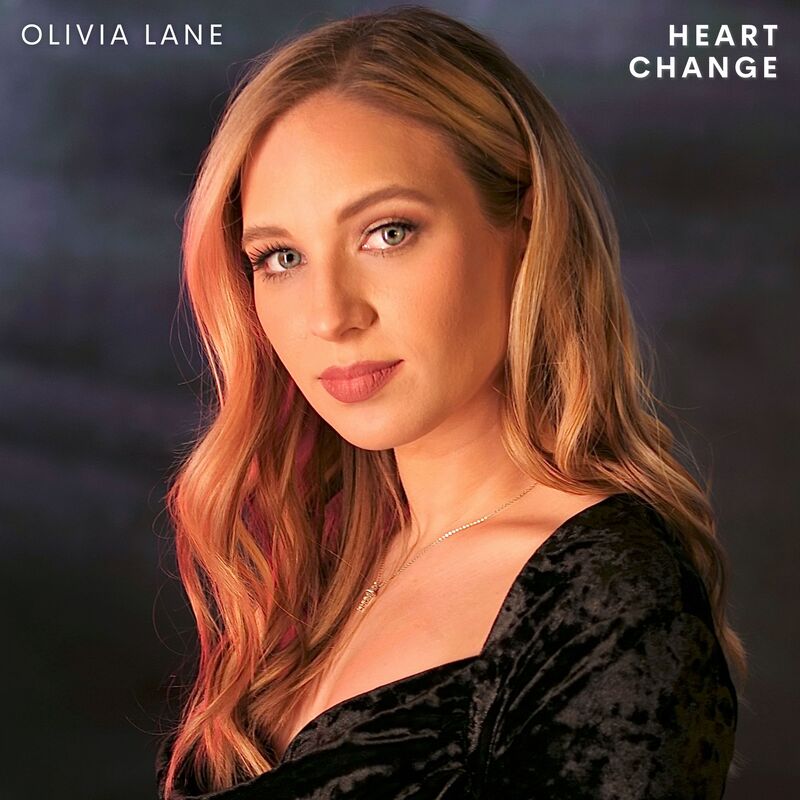 ​Olivia’s new album “Heart Change” is an eleven-track release, which she wrote or co-wrote all of them but the first ten had been shared previously and in sequence since her previous album “The One”. With this release strategy, we talked about at what point she had decided they fitted together as an album and to release the project in this manner.
“I think it was an artistic and emotional decision but also a business decision. On the business side, I think it easier to put together rather than having a million single covers everywhere but artistically “The One” which was the album prior to “Heart Change” was me deciding to heal and take time to put myself first. “Heart Change” really is the result of my healing, all of the heart changes that I had and “Same Old Story” which was the first song that I came out with really signalled the start of this new era of my music of the healed Olivia and all of the changes that ensued from my spiritual awakening. Learning that there is more to life than I don’t know: being born, you make money and then you die. “Heart Change” is my exploration from atheist to Amen!”
She had touched on her spiritual awakening and when you listen to this record, there are some ideas and themes that would not have been as apparent prior to this release. With all of the tracks bar the final song being released prior to the album, I asked if “Heart Change” essentially was a way to tie together and conclude this chapter of her journey?
“Absolutely. I feel like when I had my spiritual awakening, I wasn’t quite comfortable talking about it yet out on my social media but I was comfortable talking about it in the writing room so it started to infiltrate for this “Heart Change” record. “Women At The Well” was the first time I sung about Jesus at all so it was a lot of testing the boundaries of where I think I fit as an artist now with this huge new piece of my life. Do I talk about it? Do I not sing about it? Where do I fit? As an artist I feel you are constantly on a self-exploration to where you are at.”
​
The point she made about “Do I talk about it? Do I not sing about it?” goes hand in hand with considering her position as an artist and is there a concern she may feel too pop-country for the Christian market and too spiritual for her longstanding fans?
“It’s weighing all of those questions and deciding if those questions really even matter. Letting go of the constraints and the boxes that I had on myself was so liberating as an artist. You see people like Kacey Musgraves and Taylor Swift coming out with albums that are so different and if we keep putting ourselves in boxes as an artist, what are we limiting ourselves from? “Women At The Well” and “I Let The Devil In” were the first two songs that I really experimented with talking about my spirituality and those two songs are the songs that ended up making huge waves. “Women At The Well” has been played on SiriusXM here in America which is a massive radio station and it’s like what is happening? I’m an independent artist and my song is on the radio, it’s crazy, it’s wild and that’s a heart change in itself that when I get out of the way and let God work, things are working in my career. I’m so at the mercy of where God wants me to be right now that “Heart Change” is the record that explores letting go of the boxes I put myself in.” 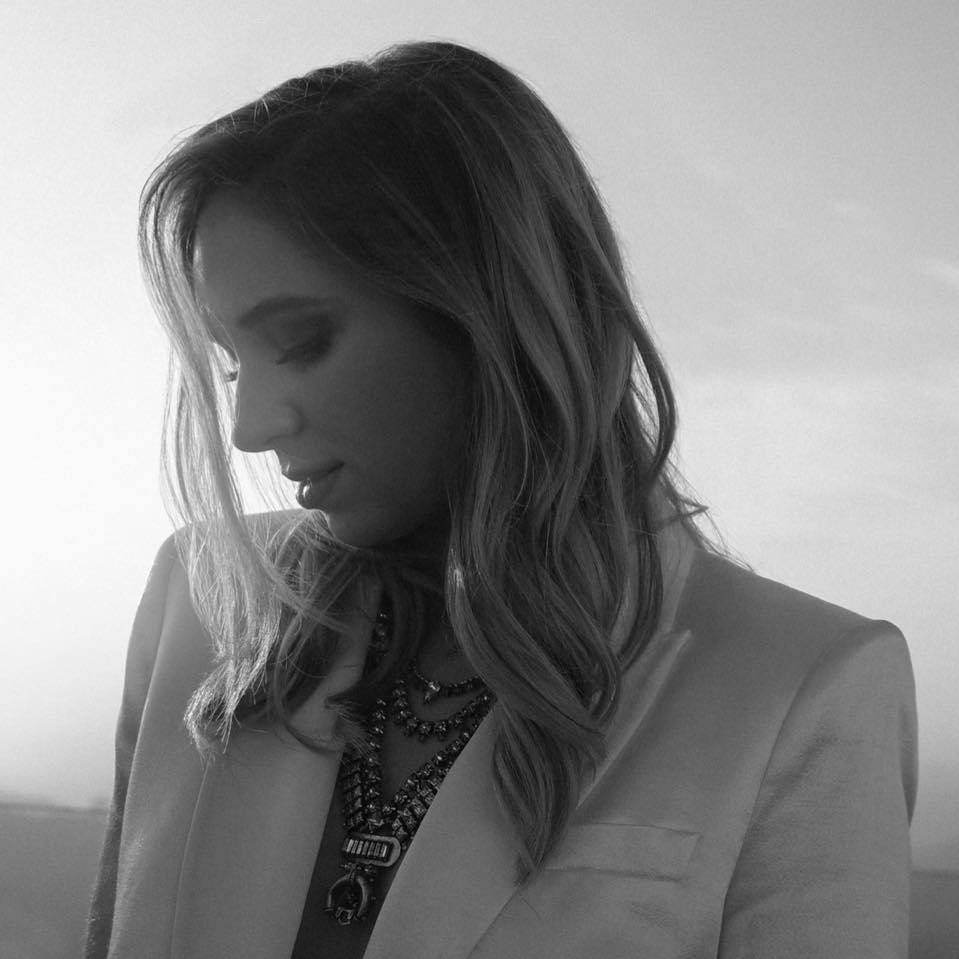 In addition to her growth as a person, as an artist and being more accessible through the SiriusXM spins, the other place she has found joy and success is through TikTok in addition to seeing considerable views across the music videos for her singles throughout this project.
“I think because I found success on TikTok, the videos are a direct correlation to the success on TikTok. It’s almost like you need constant content for TikTok and I love shooting videos because it’s bringing songs to life and it’s like what was going on inside of my head when I was writing the song. TikTok is really fun, I just love TikTok. There were days where I was shooting five or six TikTok’s a day and luckily during the pandemic I had time to do it but when things started opening up again I thought I have got to have some sort of balance with this. It really is exhausting creating four to six mini movies every single day on top of songwriting and I’m working on a book right now along with having friends and having a boyfriend so it was a full schedule where I got to the point of saying no more TikTok’s on the weekends because it was too time consuming.”
Then finally, Oliva shared some exciting news for fans on this side of the Atlantic and her plans to return back to the UK.
“I’ve been reaching out to my UK team and saying when can I come back over? I think it’s going to be looking around September 2022.”