The Sit Down with Onoleigh

Taking Nashville by storm seems a long way from the small town of Mahomet, in Illinois, but that is what Onoleigh looks set to do! After graduating with a degree in social work from the University of Missouri, she was interning as a middle school guidance counsellor in a low-income school in Missouri when she found herself in a hypocritical position: sharing with children the advice to follow their dreams while she wasn’t doing the same. Then she decided that she should take her own advice and headed to Music City where she is now about to release “Beautifully Broken” on February 18th (available HERE) which is her third single, all of which have been produced by Brandon Hood, which we recently caught up with Onoleigh to hear all about.
​
So, how does a small-town girl end up in Nashville via going to college at Mizzou?
“I was born in Illinois, about three hours south of Chicago in a tiny cornfield town with one school district then went to college in Missouri. I was a middle school guidance counsellor for a hot second there, then decided music was the answer and I’ve been in Nashville for just over three years now.”
“I was always thinking that I was heading into social work, I’ve always had the heart for people and helping the world however I could. I got my degree and graduated then I was working in a middle school having students come in every day and talking about all these things that they wanted to be one day. I’m sitting there encouraging them but at the same time had this pit in my stomach as I’m not doing what I need to be doing and there was this moment that I can’t be a hypocrite and have to at least go try. Worst case was that it didn’t work out and I could go back and do what I was going to do the whole time but fortunately and I’m very grateful that it did take off then ended up being something where I could inspire through music. I’m a vert empathetic person and got close to the kids so this is my way of still impacting but helping myself through the process too, so it ended up being a win-win that got my into songwriting and sharing my story that way.”

Has writing songs always been the dream?
“Honestly, it was more when I got to Nashville and just being immersed because everybody writes and there’s music everywhere as the norm. In a farm town I was the singer, was in the marching band and all that so I was the music kid but then coming to Nashville you are a much smaller fish in a much bigger pond. Getting like-minded individuals around me and learning how to write then just using an idea. My friend who I now write with and is producing me gave me the advice not to write for a title but to write for an idea and trying to segment the feeling and make it into a song which was what changed my whole perspective on songwriting and now putting out music that is my own which is a big milestone for me.”
​
Nashville must feel a completely different world to a cornfield town in Illinois and working in a middle school in Missouri then?
“It’s really easy to get sucked up in everything. I did the Broadway thing when I first moved here as my first outlet before songwriting where I started singing at Tootsies and Kid Rock’s but the shift for me is that people are coming here for that release, that escapism from whatever is going on in their world. They plan this trip for one weekend of the year, and they were going to spend it with me but it’s not the ego trip of being the singer, it’s that I’m going to facilitate this for you. It was seeing that there are a lot of connects with social work as you’re provided a therapeutic environment. It’s very different, it’s not like it’s certified therapy or anything but it was still a really cool start and yes it’s definitely not always bright lights and cool things that movies make it look like but it’s so much more fulfilling than that although very different to what people think.” 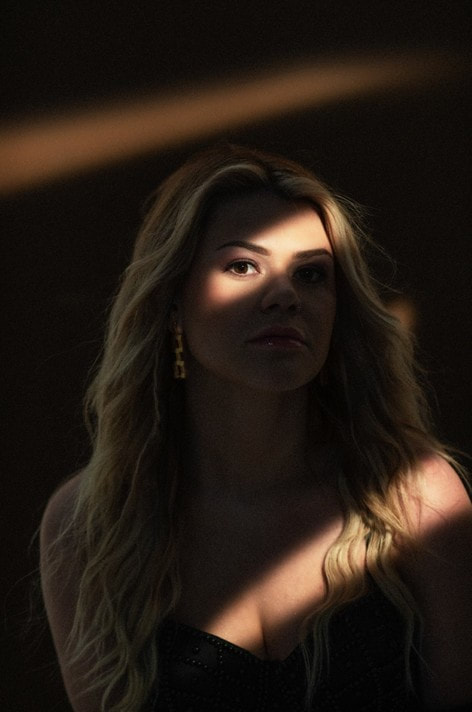 This new release and your first two singles were produced by Brandon Hood, who you also co-wrote Beautifully Broken with. How did the two of you end up working together and start to create such magic?
“Brandon was through Warner Chappell and we got connected for a co-write. We went into the studio and I didn’t even know he was a producer at the time, but we sat down and wrote Beautifully Broken which is the song that I’m releasing, in maybe forty-five minutes so we really got through this. The we had about an extra hour and a half to talk, so we got onto the idea of him producing and that I was looking for a producer right now so the stars kind of aligned. I ended up putting out Ghost Stories and Make It Hurt with him, then Beautifully Broken too and he’s just great. I got a two in one with a producer and a fantastic song which this will actually be the first song that I wrote that I’m putting out.”
​
You said it was a really quick and organic write for Beautifully Broken but how did the idea first come to the table?
“You never know who you are going to get in a room with for co-writes so I usually walk in with three or four ideas, solid titles or hooks or things like that and kind of pitch them to see which one resonates or which one can they get on board with? I really believe that you have to believe in what you’re doing or nobody else is. Brandon stopped me at “Beautifully Broken” and said that one speaks to me, so we built around it and that’s what it turned in to. I’m Beautifully Broken for what and maybe this is the path to all the mistrials of love taking you there. It really flowed and I was kind of blown away when it finished and was like wait is that it? It’s crazy what you can do when you have a great co-writer in a room and have some really cool ideas. That was like my click moment that this guy knows what he’s doing, and I want him to produce my stuff, so it was pretty awesome.” 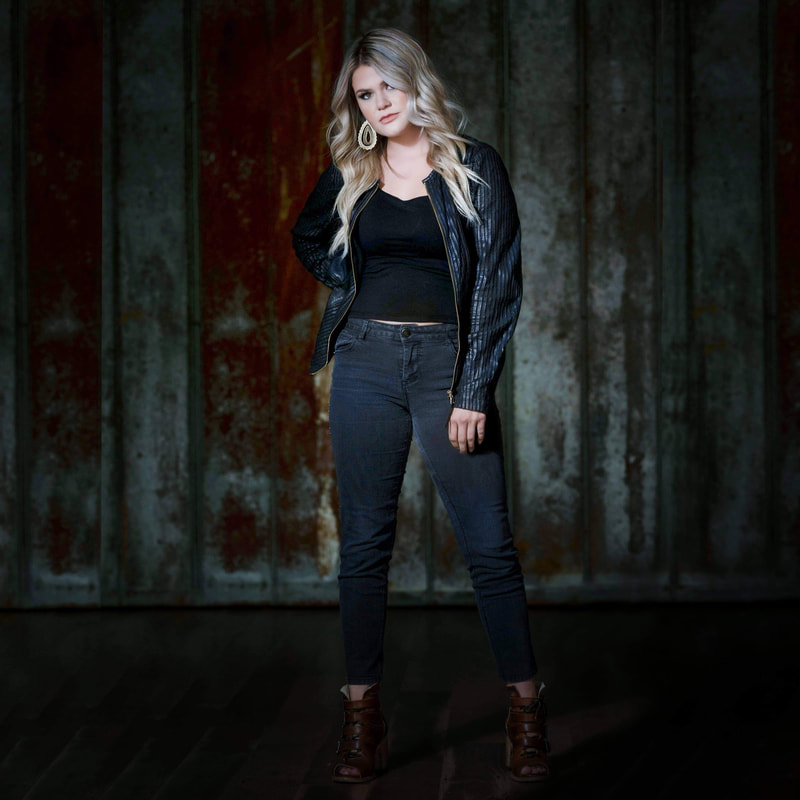 Your previous release “Make It Hurt” has some real songwriting royalty amongst the credits so how did you find yourself come to be cutting a song that Chris DeStefano, Rhett Atkins and Maren Morris wrote?
“Again, it was Warner Chappell. They’ve been really helping me and taken care of me. Nowadays it’s not so much a label finds you, it’s you make yourself known to the label. Brandon loved my voice and let’s marinate all these songs that we’ve written, and they are what you want to put out but, in the meantime let’s help you build. He sent me two or three tracks from their song bank and said listen to these but I didn’t know who wrote anything and thought that Make It Hurt sounded so familiar but that was the song I wanted to cut, and I went through things like that before. Then the credits came over and I was like shut up! It’s still crazy to think that a song that she (Maren Morris) wrote and put her heart into has my name on it which I’m super grateful for that. It was a very serendipitous time if I’m honest with how things have worked out, in the moment it seemed like chaos when you are ten thousand feet up and now, I’m confident in the music that I’m writing and putting out and I’ve got a lot of fun stuff coming this year!”
​
What exactly is this fun stuff that we can expect going to look like?
“A lot has changed in the last month or so. I started realising that because of my social work background, if I’m going to have this platform that I need to use it and say what I need to say and provide therapy through that and finding solace through my music. I made this decision that I’m going to try and prioritise my own music, so I’ve been in the studio with my friend and new producer Jonathan Wyndham, and we’ve written almost an entire record in a month that is halfway produced. It’s the music that I’ve always listened to and is definitely more me so we’re really going to take a stab at it and see what happens. Having me put out a song that is my own is giving me a lot more confidence. If you are going to sing these songs every night, you might as well love them and get behind them with something to say so this year will be telling I’m sure with all the music I’m going to put out.”

It’s so cool to hear that you have taken the opportunity to inspire the young people that you were able to be there for whilst also being able to take your own advice and look to follow your own dreams:
“Absolutely, I still keep in contact with some of those kids and when you are a guidance counsellor, I really think trauma, kind of brings people together, when you are that person for somebody, it doesn’t just go away. The last thing that some of those kids needed was one more person to fail them so I really do go out of my way to keep up with them and they are still in school. They are in high school now and these were my sixth graders at the time, so I hope it shows that I want to lead by example and not just talk the talk where you tell them what they should do but not do it themselves. It was a very bittersweet thing to say goodbye and not be there but if you can follow my journey where a normal person like me can live their dream then these kids can do it too which is my hope in all of this. I think the realistic expectations of having a dream is really important but living it is the best thing that I’ve ever done, and I have no regrets.”

​
Onoleigh shares her brand-new track Beautifully Broken on February 18th which you can find to stream HERE. You can find out more about Onoleigh on her WEBSITE and keep up to date with her socially on INSTAGRAM TIKTOK & FACEBOOK. 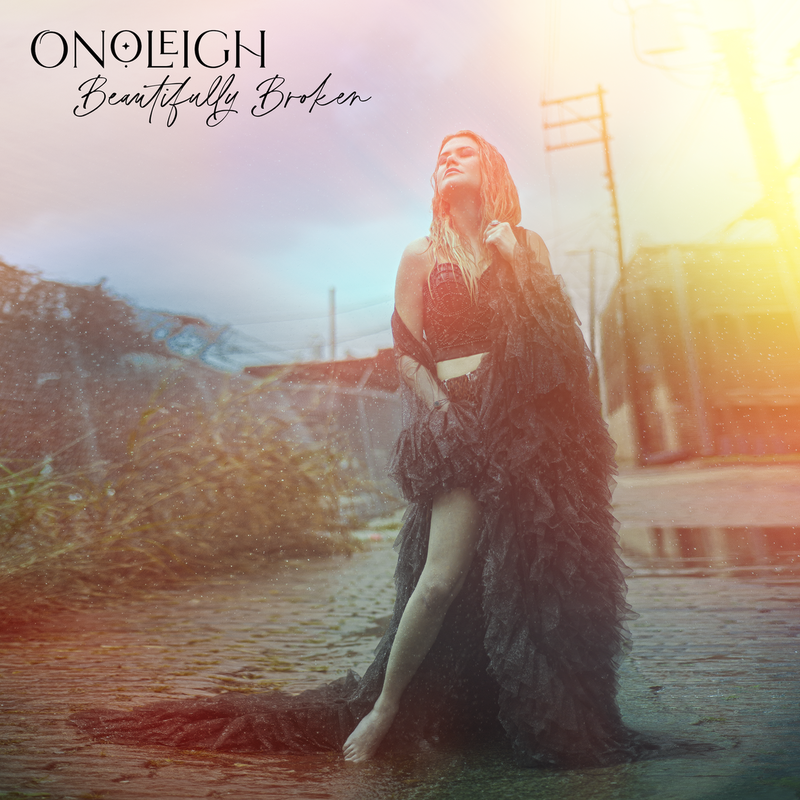