​Buckle and Boots Quick Fire with The Outlaw Orchestra

1)      What are you most looking forward to about playing Buckle and Boots?
I'm looking forward to seeing old friends and making some new ones but most importantly, the crowd, the Hancocks and Gavin know how much of a southern UK party we bring baser on the last time we played (we were asked "have you got anything heavier?) I'm looking to see how much harder everyone's going to drink and rock out! We're the bad boys of Country except we don't wear make-up or wear well known sports branded clothing.

2)      What can fans expect from you this year?
Fans can expect a rock n roll party turned up to 12.5 this year. Songs from our new album, a few fan favourites, some covers for good measure and I may even get my bongos out!
​

3)      What is your favourite song to play live?
Ahh there are so many songs that I love....I'd have to say if it's a choice of one, 'Blame the Horse', it's a 7ish minute epic song that fuses most musical genres and sub-genres together like Prog, Bluegrass, Psychedelic Rock, Country, Hard Rock and even glimpses of Heavy Metal and even Spaghetti & Western. We like to think ourselves as 'Metal 'n' Western. A bit like if Townes Van Zadnt had a punch up with Paul Di'Anno, Earl Scruggs, Stevie Nicks and Billy Gibbons.
4)      What other artists are you excited to see on the bill?
I've heard that The Outlaw Orchestra are terrible....joking. I'm looking forward to seeing my old buddies Andy and co in The Fargo Railroad Company. Apart from sporting fine beards, their authentic Americana country sound combined with impressive harmonies and musicianship has made them a band I have adored for a while. We've both had the pleasure of sharing the same stage a few times too!

5)      Will the festival crowd get an early listen to any new music?
If they want to head to Spotify, they'll be able to fill their ears with our new album 'Makin' Tracks'. We will have the usual cds but we'll also be bringing fresh of the press double gatefold LP's! Hey if you pre-ordered earlier this year, you'll find your face forever immortalised in the 'Outlaw' gallery on the inner sleeve! 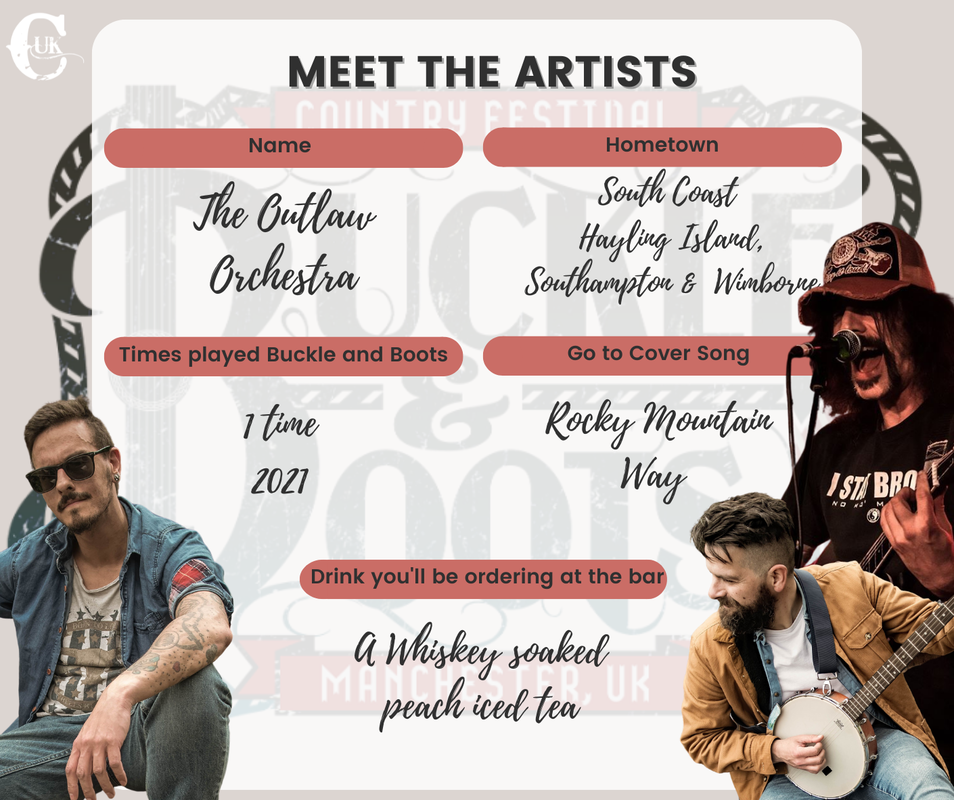