Last month, Payton Howie released her debut EP - Youngblood. In the early stages of her music career, the 20 year old has already had a string of successful singles, with several hits already amassing over 100,000 streams on Spotify. Payton has now brought together 5 tracks to make up the EP and we caught up with her to find out more about the release

​1. How does it feel to have your debut EP out?
Honestly, it's surreal. It's crazy to think that feelings and experiences in my life get written down on paper, made into a song, and people actually want to listen to it all.
​
2. How did you go about choosing the songs to put on the EP?
​There wasn't really a choice, I don't think. As a singer/songwriter you gotta write about what moves you. Where most people express with conversation, songwriters use music to say what they wanna say. I have a song on my EP called Run Boy Run about a guy I loved who turned out to be a big fat cheater, while another song called Country Before Me came from my love and appreciation of the women of country music… All things that come from the heart and that I’m very proud to release.
3. What made you choose Youngblood for the EPs title?
When I was a teenager I would sneak in through back doors of bars on Main Street in my hometown to watch the seasoned artists playing music all hours of the night (sorry to those venue owners I now call my friends lol).  I would just sit at their feet and watch and learn, probably getting on their nerves for real. Anyway, they nicknamed me "Youngblood". I never knew what they meant by that so I looked it up. It said "a younger member of a group, especially as an invigorating force." It humbled me to realize they considered me to be part of their group. I hold all of them so dear to my heart and am eternally grateful for their belief in me. It just seemed right to have all of them in mind when naming my debut EP.

​4. How important has being featured on major streaming playlists supported the buildup to this release?
​It's hugely important to me as a songwriter to have my music recognized by editorial curators. It obviously pushes my music out to the masses and is able to impact more people. It still freaks me out sometimes when I look to see where my music is being streamed and I see it being listened to in over 128 countries. Just last month I saw my songs being listened to in the Ukraine. That was an interesting thought... That thought just inspires me to be more thoughtful of what I write. ​ 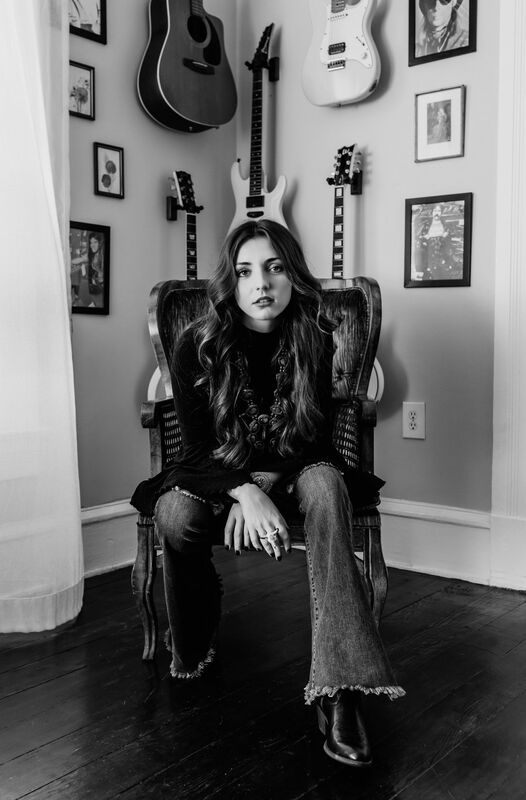 5. With the EP now out, what can we expect from you throughout 2022?
​I wrote so many songs last year so I'm set to be releasing a new song every 2-3 months in 2022. Along with that, I've been able to book a ton of tour dates all across the US, to include opening up for Shane Smith and the Saints, Warren Zeiders and Gary Allan. I'm so honored to be sharing stages with these amazing artists and am looking forward to playing all the new music, even those that haven't been released yet.