The Sit Down with Rumer

Her debut album “Seasons of My Soul” which has achieved platinum certification and reached number 3 in the UK charts back in 2010, Rumer was nominated at the 2011 Brit Awards for both Best British Newcomer and Best British Female. I first spoke to her back in 2020 in the run up to the release of her last record “Nashville Tears” which gave exposure to the songwriting catalogue of Hugh Prestwood, the Texas born songwriter and member of the Nashville Songwriters Hall of Fame.
Now, the soulful voice of Sarah Joyce which has often been described as reminiscent of Karen Carpenter is back living in the UK and about to deliver her new album “B Sides and Rarities Vol. 2” which will be released on April 22nd through Cooking Vinyl and is available for pre-Order HERE and is the long-awaited follow up to Volume 1, which was released back in 2015.
​
The new single “Old-Fashioned Girl” is already available now and following the release of the album, Rumer has already announced a number of shows of her own in addition to dates with Texas and festival appearances this summer. 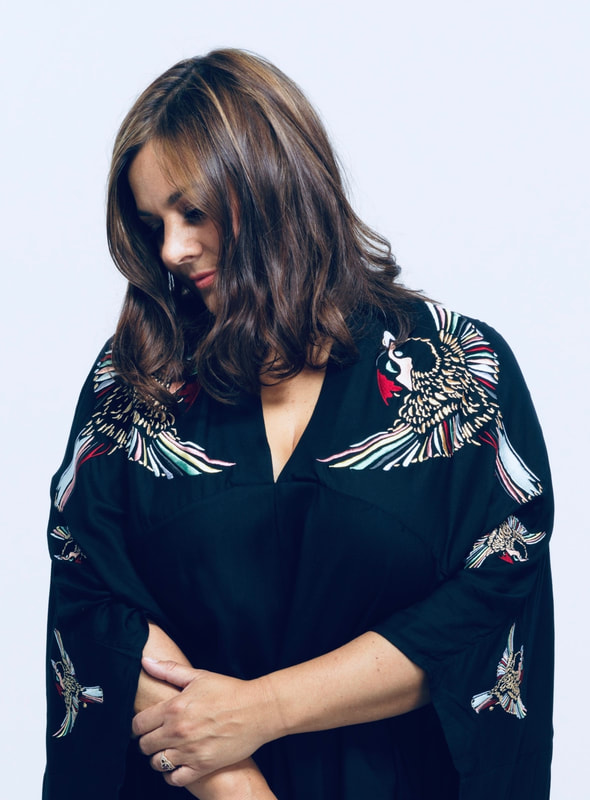 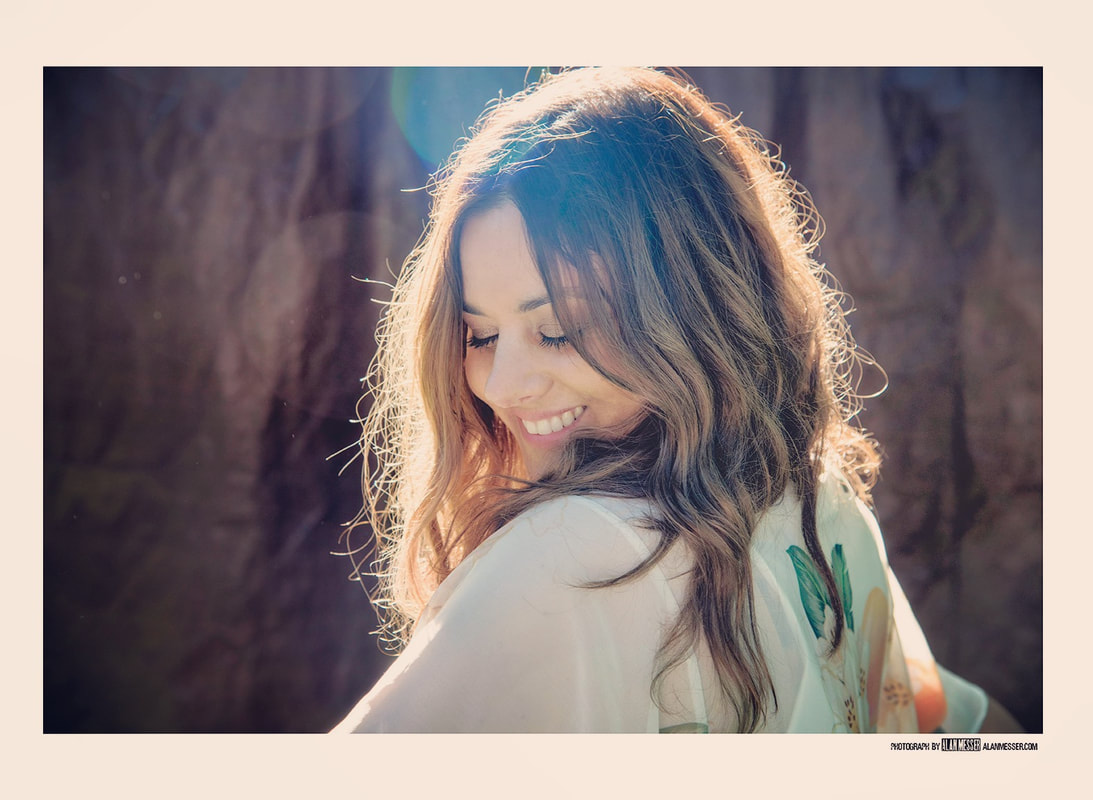 When I last spoke to Rumer, she was in the process of getting ready to move back to the UK and now she is fully back in the realms of driving on the correct side of the road and having milk rather than creamer in coffee, is she feeling a difference where she had been living in the south for so long?
“It’s familiar. It was interesting, I was walking through a park in London, and I was listening to Miranda Lambert thinking this is definitely not the soundtrack of what I’m seeing anymore. When I was living in Arkansas and Georgia, country music was just the backdrop of everything that you saw outside of the window but here it just feels so incongruous.”
“It’s funny that I’ve done this whole thing. I was in LA and something didn’t feel right with me there and my husband was from Arkansas. We went there to look after his grandmother who had dementia and we stayed for two weeks to give his mum some respite, but I just fell in love with the south and I said I want to move here, and he said WHAT? When I said to my friends in LA that I was moving to Arkansas, they were like ARKANSAS? They used to tease me saying, keep chopping that wood down there and I didn’t care because my heart and soul were in alignment down in the south. I actually have a song about Arkansas on my new record that I’ve written and that was a really special time, that was the beginning of really learning about what informs country music in terms of the landscape, the people, the culture and all of that. It was the beginning of a journey for me immersing into the southern lifestyle really and getting a sense of the culture.”

Whilst her 2020 release “Nashville Tears” paid homage to the work of Hugh Prestwood, as an artist the country and Americana scenes here in the UK had not previously been her associated avenue here. However, she’s definitely a fan as she embraced it whilst she lived in the States for so long, mentioned Miranda and when we had been chatting about C2C she said that she wished she would have gone and was especially gutted to have missed seeing Ashley McBryde. Later this year at The Long Road Festival she will be able to fully embrace the genres in the UK which she very much looking forward to as both a performer and a fan.
“I’m playing at Long Road, doing an acoustic show with piano and guitar. I definitely want to go early to see other bands and stuff. I’m very grateful to be playing such a great festival and I’m really excited to see the other acts as well. I play a lot of the time with Darren Hodson, The Southern Companion and weirdly enough, we know each other because we come from the same hometown down in The New Forest. I used to promote nights down at the one pub that we had, and he used to play with his dad. You have a lot of what we call “Dad bands” and it’s a big tourist area so a lot of the pubs did live music, so Darren was in a band with his dad, and he used to have a guitar shop and everything, so we’ve known each other for years and he could well be playing with me.”

In addition to playing at The Long Road, she has some dates of her own in May and a busy summer overall but before any of that her new album “B Sides and Rarities Vol. 2” is coming on April 22nd (available for pre-Order HERE) which comes around seven years since the first volume. She has obviously put out other projects and releases in the interim, but we touched upon why it was now specifically time for Volume 2 and for the forthcoming release to a project that is delving into the vault once again.
“It was because people were asking for it mainly! The reason why I did B Sides, Volume 1 was because when I was doing gigs, people would come up to me with cd’s that they had made on their computer of all the extra tracks that I had done and their own little inlay sleeve that they had typed up. I thought I should make it properly and do these extra tracks, so I did B Sides volume 1 and I really did it for merchandise and something to take on tour with me rather than a t-shirt or a mug, I thought people would appreciate that more. That was the main purpose of Volume 1 and people kept asking me when B Sides and Rarities Volume 2 was coming and I thought sure I can do that, I can pull that together. It was actually a bit more complicated to put it together this time as it’s quite a lot of music, it’s quite substantial musically but it was what everybody was telling me that they wanted. I thought I need more time to write, and I thought it would be a good thing to give to everybody whilst they are waiting for the next record really.”
​
The album contains tracks that were worked on around the time of all her previous projects which includes a lot of covers but does also include two unreleased original tracks; “Roses” and the new single “Old-Fashioned Girl”.
“They were tracks that I wanted to do for “Into Colour” but the label didn’t like them, but I did! They made me start again and I had three or four tracks like Roses and Old-Fashioned Girl which I was saying this was kind of the pallet for Into Colour, but they had said no. It really affected my confidence so I’m glad that they got a home on this record, that people get to hear them, and they can exist out there.”
​

The way I put it to her was this record almost sounding like a bridge effectively and that she will be looking to bring out more original music, which we haven’t had for a long time but is definitely on the cards and the creative process for it is well underway.
“Exactly, It was either I could do nothing, or I could do a live record or a B Sides. I’m just trying to give people more things whilst they are waiting for the next original record because I am a slow writer, and I could definitely take a tip from the Nashville way of writing. I also I had a child and everything, which slowed me down so, yes, I’m very much aware that I’ve taken quite a long time with my writing so anything that I can do to add to people’s collection that they would enjoy. There are three Bacharach and David outtakes, there’s a Boys Don’t Cry outtake. It’s quite substantial and people enjoyed B Sides 1 and I hope they will enjoy B Sides 2. I hope they will be patient with me as I’m writing a new record and really it was something for the fans.”
“I always record ideas on my phone or write them down and the actual act of writing a song doesn’t take very long. It’s a bit like an apple falling from the tree where it takes less than a second once it’s ready to fall but it’s just the process of living life really and condensing an experience than can be a big experience emotionally, down into a three-minute piece of music. You actually have to live that life and I definitely feel like I have lived enough life and have evolved a lot. My son is about to turn five, I’ve lived in Arkansas, I’ve lived in Georgia, I’ve gone up and down the country so many times, I’ve travelled the United States, I’ve had so many adventures and I’ve absorbed all of the landscape and really had an amazing experience there, so I feel that all of the influence is ready to be put into the next record.”

B Sides and Rarities Vol. 2 is what people had told her that they wanted to hear so it is a great way to expand on her previous releases with some real gems that really are for her fans then with a busy summer ahead starting with four dates of her own in May, she will be able to play them live pretty much straight away. With her Nashville Tears release, she created some wine labels for her 2020 album vintage as she had seen a connection from her fans listening to her music with a nice bottle of something which I said how great an idea this was, and they look so cool. Luckily her fans agreed, and we discussed the potential of some new labels for people to add to their bottles of wine as they listen to the 2022 Rumer vintage which we can’t wait to hear.

B Sides and Rarities Vol. 2 Tracklisting:
1. Roses (Rumer)
2. You’re The One (Carly Simon)
3. Mona Lisas and Mad Hatters (Elton John, Bernie Taupin)
4. Anyone Who Had A Heart (Burt Bacharach, Hal David)
5. I Wanna Roo You (Van Morrison)
6. The Windows of The World (Burt Bacharach, Hal David)
7. Never Arrive (Hugh Prestwood)
8. Old-Fashioned Girl (Rumer, Rob Shirakbari)
9. How Deep Is Your Love (Barry Gibb, Robin Gibb, Maurice Gibb)
10. My Lover Lies Under (Simon Aldred)
11. Wives and Lovers (ft. Rory More) (Burt Bacharach, Hal David)
12. The Folks Who Live on The Hill (Jerome Kern, Oscar Hammerstein)
13. Where’ve You Been? (Donald Henry, Jonathan Vezner)
​
The new album “B Sides and Rarities Vol.2” from Rumer will be released on April 22nd through Cooking Vinyl, which is available for pre-order HERE. Meanwhile you can keep up to date with her socially by following her on Facebook Twitter Instagram.