The Sit Down with Sam Outlaw

After the last couple of years, we have all craved the return of live music and so has Sam Outlaw. Following on from his “Popular Mechanics” album being released in November last year, the South Dakota native is one of the first artists to properly tour the UK in a long time. He found his way to Nashville via Los Angeles and has been a big favourite here amongst both the country and Americana fanbases. Sam and I last met in 2019 at The Long Road Festival and ahead of the start of his nine date UK tour which opened at Omeara in London, we caught up with Sam over Zoom to find out what is in store for us.
“It’s only nine shows, for me travel wise it’s fourteen days door to door. I think it’s a really great way to be back in the saddle. The tour was originally going to have a bunch of European dates, which we’ve rescheduled for the fall so originally, I was going to be gone for thirty-one straight days and that was going to feel like a lot to bite off especially as now I’m used to being at home with my wife and kids spending time with my family. I think this will be a really nice way to ease back into that water of playing live music.”

Have you been out on the road or playing many shows at all then since we all started playing Jumanji and the pandemic hit back in early 2020?
“The last show I played before the lockdown was at the Grand ole Opry on like March 6th of 2020 and then ten seconds later the lockdown happened. The next show I played after that was again at the Opry in August last year, then I was back there last October and have played a few kind of warm up shows in my neighbourhood bar, a bar down the street called the Underdog. This is really going to be my foyer back in.”
​
These UK shows are going to be your first time playing for a while, what is it about playing in Europe that is so important to you to not just want to come back but also to be where you are getting back into the swing of things?
“I just love to play music and also for me there is this allure of getting out to the UK, Scandinavia, Holland and Germany. It’s a way for me to take in a culture that I’m not normally privileged to partake in. It’s just very exciting, I like the variety of the experience. I love playing shows in the US as well, don’t get me wrong but I’ve just always felt a connection with the audiences in the UK as I think they really listen, I think they care about the lyrics, they care about the musicianship and care about songs. I think that level of interest makes it really exciting for me.” 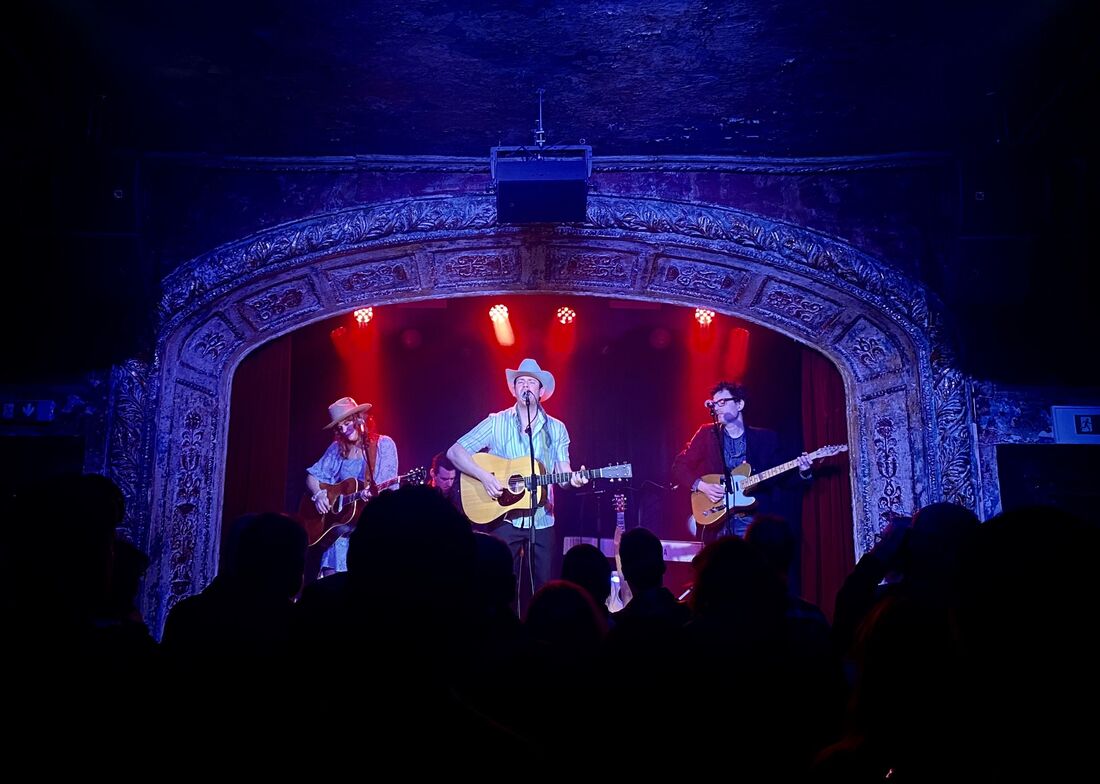 For the run of shows, you have a good friend of ours Ruthie Collins, who will be opening up for you and also playing in your band. I hear you have been working on a lot of songs and by the sound of things, the shows will be more acoustic than we have seen from you before over here?
“Ruthie’s going to be playing guitar and singing harmonies plus we’ll get to do some duets too.  It’s paired down but it still pretty full, I mean we’re not doing the full drums and bass kind of rock band thing, but we’ve got my producer Cheyenne Medders switching back and forth between electric guitar, acoustic guitar and piano then Ruthie playing and singing as well. The sound is very, very full and it’s kind of nice as I’ve haven’t done a more acoustic setup like this in about six years, so for me it’s fun to get back into that. It really makes you zero in on the songs in such a special way and I just love vocal harmonies, it’s one of my favourite things about music in general so to get to that every night with two incredibly talented singers is just really exciting. I think we’ve got twenty-seven songs, they’re not all going to be in the set each night but only a couple of covers so they’re mostly going to be original tunes too. There is a lot that we can draw from and do them different every night if we want so it’s fun to be able to call audibles and do something a little different.”
​
Your most recent record came out at the back end of last year so, it sounds like the UK crowds will pretty much be the first people anywhere to see you perform them live?
“I played some of those songs back in October for maybe twelve people, but this is the first time proper in a real Sam Outlaw show, so I’ve had to learn the songs and we’ve been rehearsing the heck out of them and they are shaping up to be so much better than I expected.”
It’s been a hot minute since you put out a body of work, I know we had the EP come out in 2019 but Tenderheart came out five years ago. Had you started working on Popular Mechanics since then or did the pandemic and time off the road drive the creation of this record more?
“Making the new album Popular Mechanics started in southern California back in early 2018 and I kind of shelved some of it for a while, picked it back up in 2019 with a Nashville producer named Cheyenne Medders. It was definitely a long work in progress, but I guess the silver lining of not being able to tour in 2020 and 2021 was I guess I really had to time to flex these different little fun explorations in the studio. We could try things, fail with them and try again so I never had the chance to spend that much time on a record before and I think it was a really interesting and cool experience.”
​
I think the record is really cool to listen to with all the eighties and synthetic elements to the sound but it still is very you, however for some people it will have a different sound that is quite a way from your previous “country” releases.
“My can joke for when people say this is a surprising change in direction for you, is hey is it really such a stretch to imagine that I started off making record that rip off the Eagles and now I’m making records that rip off Don Henley’s solo career. There is more of the eighties pop influence which is a huge part of the music that I love, we’ve got a song on there that has pedal steel in it but also got a song with an arpeggiator or a synth base. It was really cool taking elements of country music that I love and meshing it with elements of eighties and nineties pop, rock and roll that I also love then seeing where we land with it.”
I love the opening track “Here On a Mission” and like you say there are a lot of cool elements in the songs but tracks like that feel like it would be very comfortable on the mainstream pop, rock and indie stations over here as much as on Radio 2 or Absolute Radio Country over here.
“It’s challenging from a press perspective because people either want to say he’s country or he’s rock but sorry guys, I’m making Sam Outlaw records, I never said I was going to make country records. If people want to hear my country stuff you can always go back and listen to that music but Here On a Mission is one of my favourites. It’s a song that I wrote and wanted to have Tom Petty and Stevie Nicks kind of duet rock and roll vibe, so I called up my friend Brandy Zdan who lives in Nashville who sang it with me, and she absolutely killed it so I can’t wait to perform that live.”
​ 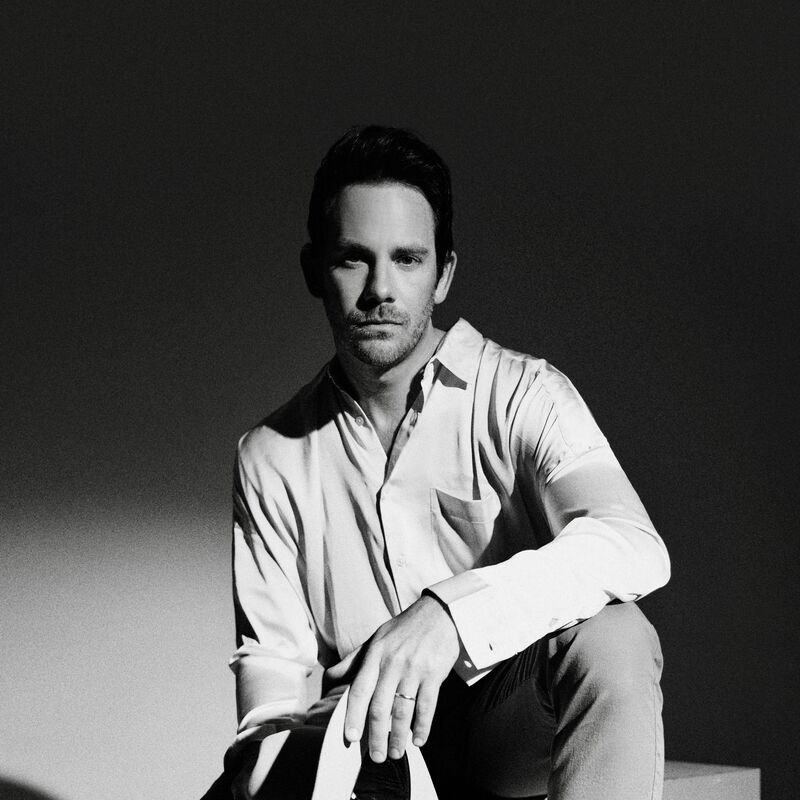 ​The latest track “Lonely Man” from Sam Outlaw is out now and available HERE whilst you can find his current album “Popular Mechanics” HERE. Sam continues his UK tour with dates up to Monday 28th March, ending in Gosforth where you can grab last minute tickets from his WEBSITE and follow him socially on INSTAGRAM TWITTER & FACEBOOK.