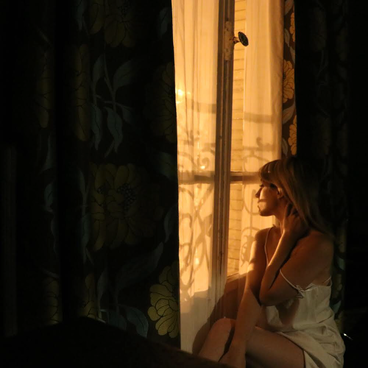 Singer-songwriter Sara Rachele’s latest album Scorpio Moon (released 31 st May) was recorded live to tape in Brooklyn, New York, with Binky Griptite and was co-produced by Rachele and keyboardist
Spencer Garn. Scorpio Moon is a combination of inspiration from a variety of musical styles,
including 60s pop, country, folk, Americana and Jazz.

The ten track album is built upon honesty and Sara’s song-writing talents, as well as beautiful
versions of various songs that remind her of a part of her past. Her rendition of Dolly Parton’s “I Will
Always Love You”, is dedicated to her good friend, Tim Wilson, who went missing in Nashville in
2018 and her version of Mazzy Star’s “Fade Into You”, takes her back to a time when her older sister
played the track on repeat. Rachele also covers “Anyone Who Had a Heart”, originally written by
Burt Bacharach for Dionne Warwick in 1963, which Rachele described as “the most challenging take
[she’s] ever recorded in the studio”.


The title track of the album channels a classic country music vibe with a gypsy-jazz influence making it the perfect introduction to the album and to what Rachele aims to put across through her music. “Bye Bye Baby, Bye Bye” changes the mood to show a calmer side to her music and explores her vocal range. This track, written by Sara alone in her New York apartment, is the breakup song on the album and depicts the troubles that she was going through at the time.

The inspiration for Rachele’s retrospective lyrics found in “Let Me Make It Up To You (You’re Such a Sweet Thing)” seem to resonate from the two and a half months she spent in France after her Airstream Bus went up in smoke; “Let’s go to Paris, roll around like stars/It’ll scare us, but we’ll make
new scars”. The emphasis on Rachele’s lyrics is continued with “Pages”, a self-reflective track that breaks the songwriter’s fourth wall, and is a memorable part of the album.

Rachele recorded in New York because it has “a particular style, flavour and culture that seems to capture everything all at once”. “It doesn’t matter what microphone you have. It’s all about the performance. That’s what makes a good album” claims Rachele. Having brought that passion into
the studio and channelled the energy and elements of New York, Rachele created an album she should be proud of, Scorpio Moon.