The Sit Down with Shaun Samonini

Shaun Samonini was born with music in his veins and eager to share his gift. Having performed in such prestigious venues as Her Majesty’s Theatre and The Palladium, he got the taste for performing and has never looked back. Growing up, he was influenced by an eclectic collection of music. Heavily into Motown and soul music, his vocal stylings are borrowed from the likes of Donny Hathaway and Marvin Gaye. But his dad was always a big Country music fan, and Shaun fondly remembers long journeys listening to Lonestar and The Chicks (formerly The Dixie Chicks).

At 20, Shaun was picked up by a management label and found himself on tour as a featured artist with British soul singer Lemar. Fast forward to 2019, and he was invited to audition for The Voice UK. Shaun wowed the judges and got three turns from Olly Murs, Meghan Trainor and Tom Jones where he chose to join Team Tom. He exited at The Battle stage and headed straight to the studio to write a Country music EP, aspiring to the lyrical ability of Brad Paisley but the honesty and vulnerability of Luke Combs and Miranda Lambert.
​
Following on from his debut release “Stuck On You” earlier this year, Samonini returns with his next offering “Nowhere Fast” which looks back to memories long before his marriage and embodies the feeling of needing to let loose in the thick of a break-up, that will be released on December 3rd. After first discovering Shaun during the BCMA Showcase at Under The Bridge in London following this year’s British Country Music Awards, Jamie recently caught up with Shaun over Zoom to hear all about his new single and how his love for country music grew. 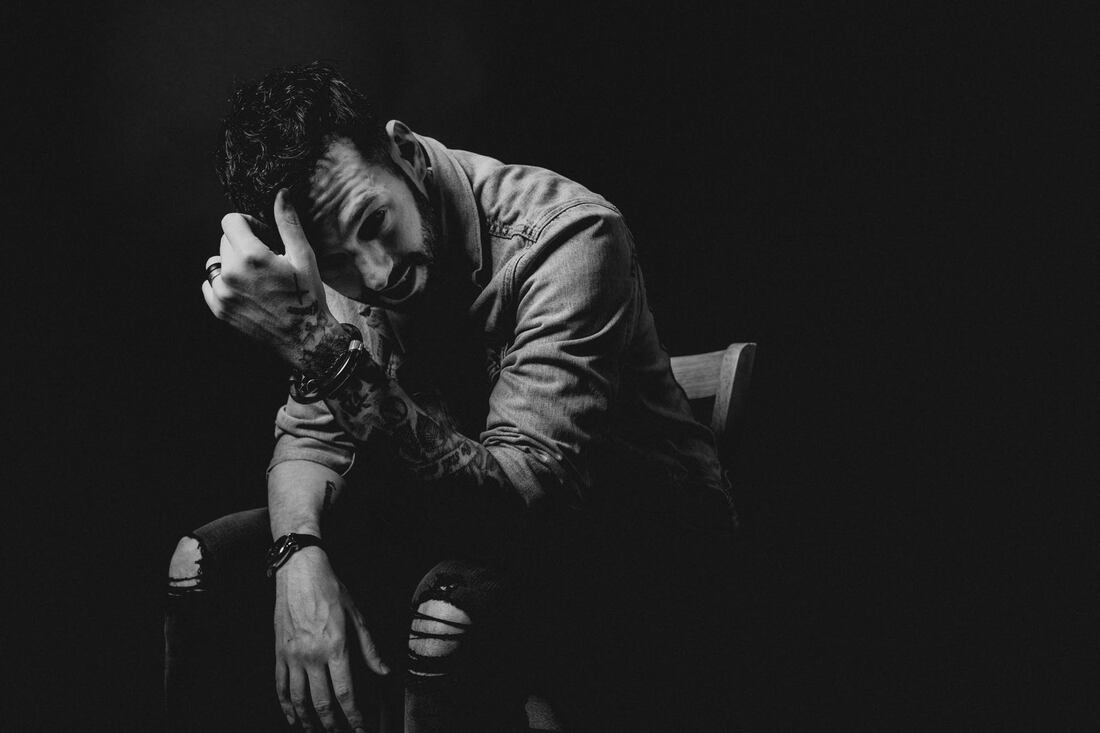 Being from Essex, it is really exciting to see the number of artists on the UK scene from the county that are really starting to make waves. We have Holloway Road, The Jackson Line, Essex County, Lucy Blu, Lisa Wright, Roisin O’Hagan, Hannah Paris, Megan McKenna, Louise Parker and the list keeps on growing with Shaun representing Buckhurst Hill to further enhance what the county has to offer. However, bringing out new music is not the only significant thing for Samonini to think about, as he is about to expect the birth of his second child in the next couple of weeks so were the two coinciding not something ideal in hindsight?
“If I thought like that, I would never release any music because there is always something. Before, COVID happened, I had my own gym so I was really busy with that and was still singing at weddings and corporate events so there was never really any time and, in the end, I had just got to just do it and put it out there. It doesn’t have to be perfect because nobody’s expecting anything apart from myself really and I put the expectations on myself but I now have music in the world.”

The new single “Nowhere Fast” will be released on December 3rd and is the follow up to his debut track “Stuck On You” which was released earlier this year. Both songs will form part of his upcoming EP which will be on the way next year and as a listener “Nowhere Fast” has this great head bopping vibe that feels like cool driving song that brings in some cool nineties’ country sounds.
“For the whole of this first EP really, it was about experimenting with different country sounds. There are two more songs to come out and they are both wildly different to “Nowhere Fast” and that is quite different to “Stuck On You” so I was looking at what do I want my style to be but also what is still current and can hook people in. “Nowhere Fast” pays homage to Luke Combs, I wanted that fun yet quite serious vibe that he has where his lyrics are quite emotive but he still has fun with the song and I wanted that to come across.”

We then talked more about different sounds and the ways that other elements can easily come into country music.
“I really like country-pop but I also understand that some people don’t want the pop permeating as much in the country scene though I quite like how it can cross over so much like someone like Dan + Shay. My roots are in soul, gospel and blues so I really look up to what Chris Stapleton does and the next EP will be more geared towards that kind of sound a bit more. I’m just finding my feet. This first EP was never going to be what is going to define my music career, its an introduction showing that I can write songs which I hope that people like them and I’m going on a journey that I hope people will come on it with me. There is room to do so much in country music so that’s why I didn’t want to pigeonhole myself into one thing.”
​
With “Nowhere Fast” specifically as the next single, I asked Shaun about the process of writing the song and where the inspiration came from?
“I wrote it with my friend Dwayne Wint who I also wrote “Stuck On You” with and we wrote it in the Summer of 2019. It all came from one line; I was on the guitar and had been listening to the Luke Combs album where I had that one line in my head: “I took your photograph off my bedside table thinking it might help” which I took to Dwayne. He asked did I want to write a breakup song and I said I do but I don’t want it to be a really sad breakup song more that I had accepted that it’s over but I’m not over you yet. “Stuck On You” was much more personal because it really was about my wife and our life together but “Nowhere Fast” just felt really fun when I was playing around with it and it all grew from that first line.” 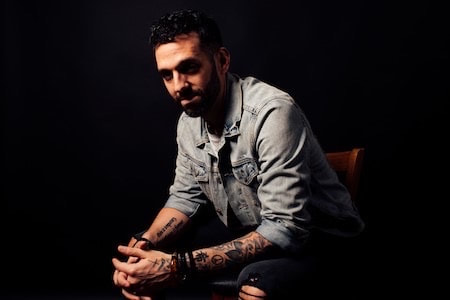 As for country music being both an influence musically and what made him decide that this was the musical avenue for him to pursue as a solo artist:
“It was a whole journey, I started listening to country music when I was young because my grandad used to play Pasty Cline and lots of older stuff then my dad was playing it on the radio when it was still around but when the station went off just before my teens, I stopped listening to it and went much more into the pop, soul and Gospel sort of world. Then what drew me back and this was in 2015 maybe was when my friend was playing something that I really liked the songwriting and drew me in. Even with pop music, the songs have to draw me in with the lyrics but I started discovering things like Zac Brown Band and Dan + Shay where I hadn’t realised how much was out there still and I had to start listening to things. When I got married, we went to San Francisco and Hawaii for our honeymoon where we were driving around Hawaii in an open top Mustang listening to country music and it just felt like home. Country allows me to write really good songs but still sing like I want to sing. With “Nowhere Fast” and “Stuck On You” we wanted the songs to do the talking but as I’m going along, I felt I could let my voice go a little bit and open up the vocals rather than trying to make everything sound so perfect but it’s the stories that the songs tell that is the main thing for me and you don’t just need a repetitive line that gets repeated, it can tell a whole story.”
​
Lastly, we talked about his appearance during the BCMA Awards weekend in London where he performed in the showcase round on the Sunday afternoon. This is a guy that has toured and performed extensively through his career but was getting his first exposure as a country artist that to the majority of people will be brand new.
“It does feel brand new. I’ve been singing professionally all my life but it’s a completely different thing singing your own songs. Songs that you have written and that you are going to put out into the universe is completely different to singing covers which are not your songs. I was really nervous on that Sunday and I don’t really know anybody in the scene where a lot of people seem to know each other. I’m actually quite a shy person in a new environment, I’m not a networker, if someone says hello to me, I can talk to them but it scares the hell out of me to go up and start things. The fact that the BCMA were willing to have me on and they wanted to put me on the Liverpool show which unfortunately I couldn’t do but I can’t wait to do more with them and the fact there is a British Country Music Association is huge, I’m excited, I want to get to know more people and do more shows. I quite like the vibe playing in the round, I wasn’t expecting it but it was nice having the little breaks and getting to talk more about your songs. Another reason I was kind of nervous the other day was that I have an insecurity about whether my music is necessarily country and my voice isn’t really country in addition to putting your songs out there but country is whatever it is to you.” 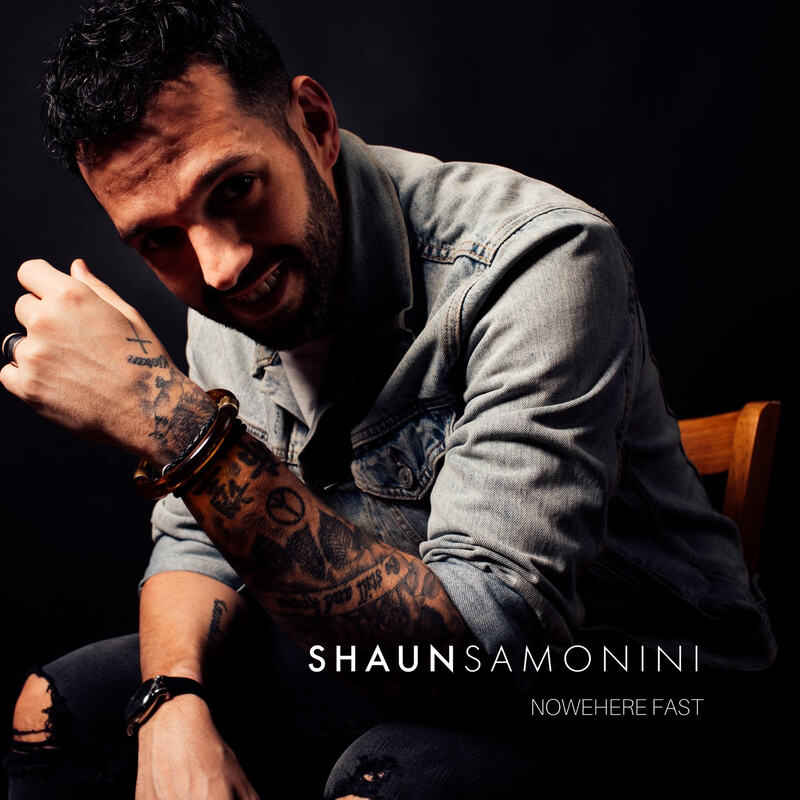 ​The new single “Nowhere Fast” from Shaun Samonini will be released on December 3rd which you will be able to listen to HERE and you can keep up to date with Shaun on social media on TWITTER FACEBOOK and INSTAGRAM.