​The Sit Down with Sunny Sweeney

With upcoming shows at Millport Country Music Festival in Scotland, The Long Road Festival in Leicestershire along with her own headline show at London’s O2 Academy in Islington, there is a lot of excitement for the long-awaited UK return of Sunny Sweeney.
Following on from her return to Europe Sunny will share her 5th studio album “Married Alone” on September 23rd via Thirty Tigers (available to pre-save or pre-order HERE). The album was produced by Paul Cauthen and the Texas Gentlemen’s multi-hyphenate Beau Bedford which was recorded at Dallas’s Modern Electric Sound Recorders and was mixed by the whole team with the help of Jeff Saenz. Ahead of her flight to the UK, Jamie had a really fun chat with Sunny (which naturally including discussing their shared love for Starbucks) to chat about the new record and her upcoming trip.
​
We spoke on the day before she was heading over to London (where I ensured she was well briefed on the temperature over here which as a Texan she seemed a lot more comfortable with eighty degrees than we currently are), where she would be spending a couple of days before getting ready to play the UK festivals which were bookending another festival in Barcelona. 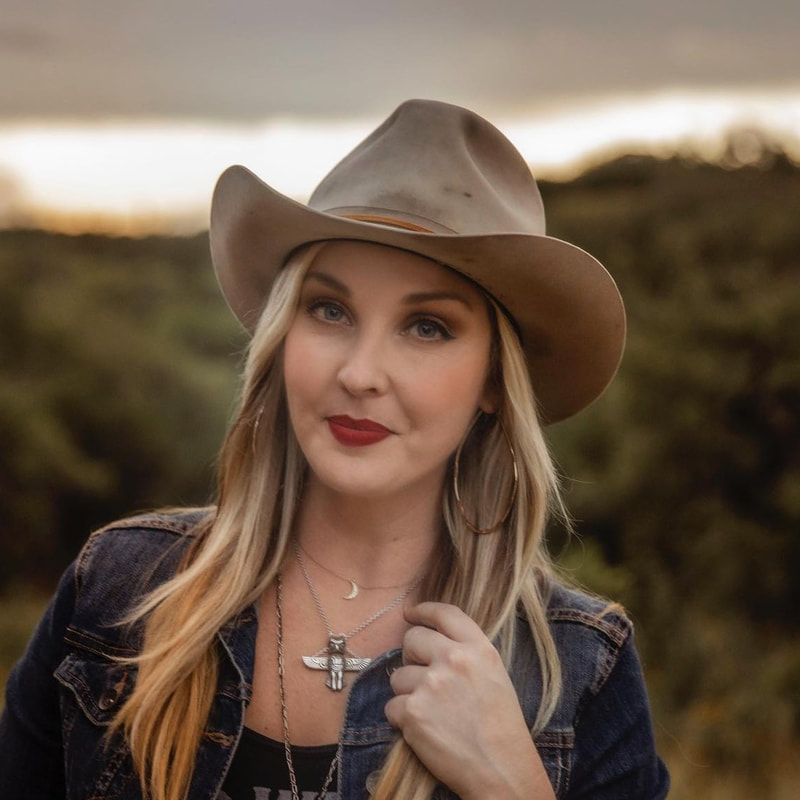 We touched on how it had been a while since she had played in Europe but particularly in the UK where she had not visited as much as the mainland. As an artist she has released four albums which a lot of fans will likely have discovered her since her last visit, so I asked about how she is thinking about putting her sets together for the tour considering this along with the excitement to want to let everyone hear her new project.
“You’re always going to want to promote your new stuff but also I still like dancing with the one that brought me. You know what I mean. My very first album did fairly well in the UK and Bob Harris has always been a big supporter of mine and he has been playing stuff off my first album still, so I feel it was the first introduction to me in the UK. I don’t ever want to not do stuff off that album that I know people want to hear but I’m also really interested in them hearing my new stuff too!”

I talked about how access has grown massively where Bob, the guys at Absolute and CountryLine doing wonderful things but before the radio became more widespread and country became more wide spread, discovery was so much more organic and in some people’s eyes an artist’s big song could be an album cut that never got near the radio in the States. With Sunny a song that is actually one of her best-known songs over here is “Everybody Else Can Kiss My Ass” which is the final track off her third record: “Provoked” because it is a track that quite a few of the UK acts have performed it as a cover in their live shows.
“Are you kidding me? That is wild. That is so funny, and I love that!”
​
Looking at the new album “Married Alone” which will be released on September 23rd, you see a lot of familiar collaborators amongst the co-writers to her last record like Caitlyn Smith, Heather Morgan, Lori McKenna and Buddy Owens who are all obviously incredible songwriters, but I asked Sunny whether there are things about working with certain people that just become more special.
“I feel like if something’s not broken, I don’t think you should try and fix it. I don’t really branch out that much anymore with who I write with. I really like writing with Buddy (Owens) and Galen (Griffin), I write with them all the time and a lot of my songs are with them. Then Monty Holmes, Brennen Leigh and I love Lori McKenna, she’s my favorite writer of all time, I just think she’s a beautiful human and an amazing writer. Natalie Hemby too, I don’t have a song with her on this record, but I adore her, she’s such a great writer and on my new record that I’m going to be making, there are already a couple of songs that we’ve written together that I know will be her co-writes. Your time is so important and if you’ve only got like two days to write or whatever, I want to make sure that I get the songs that I need to get.”

Reading into the background behind putting this record together, you find that some of these tracks are from Sunny’s vault that had been written some time ago and we talked about there was an element of “Married Alone” being a complete puzzle that she knew had an idea of what she wanted where in terms of the songs she already had a number of pieces that just were a fit for it.
“Basically, on my phone, I have a running list of every song that I write and that I have. Occasionally I’ll go through that and listen to them where some of them I wouldn’t have thought I wanted to record on the day that we wrote it but then when I go back think that this is something that I want to record. I listen to them periodically in-between albums and that’s why some of the songs are older, but some are newer and when I got “Married Alone” the single which I didn’t write but when I got that song, I immediately knew that well shit, I guess I’m going to make another divorce album. I didn’t think that was going to happen, I didn’t plan on it and I don’t know many people that have written a couple of divorce albums but now I have two of them. I heard that song and was sold so there was the theme for the album.”
​
The album was produced by Paul Cauthen who also joins on the vocals in the album’s sixth track “A Song Can’t Fix Everything”:
“We were in the studio already recording and when we did that song, I said finding a male to sing a harmony on this would be really cool. Then as I said that Paul just started singing in the background and his scratch vocals are what is on the record, that’s how good it was. Once I heard him singing it, I couldn’t imagine another voice singing it and we just left it. It was kind of like accidental and oops there it is.”
Sunny went on to say that whilst she has someone producing the record that she really likes to be very hands on and involved in all of the process.
“I’m very hands on with everything that I do, and we did choose to work with Paul, he brought in Beau Bedford and Jeff Saenz. Me, my guitar player Harley, Jeff, Beau and Paul all worked very closely together to do this record. I feel like it was different because all of us are musicians and we are all very opinionated but also very creative in our own right so it could have gone horribly wrong with too many people with too many opinions. If I had an idea on something or Beau had an idea or Harley or Jeff or Paul, it really did work very well for us to work together and I’m very proud of the finished project. It took a long time because of Covid and Covid sucked so bad and sucked the life out of everyone but I feel like we did a good job.”
​
For the record itself, I managed to make up a word that I pulled out of the air and came up with Texifornia because it has a lot of the traditional Texas country sounds but equally there is a feel of the West coast Californian rock sounds through the project. As a listener I feel you get such a good imprint of what her musical influences were in terms of what she listened to but also where she was growing up.
“That is such a compliment, thank you for saying that. My mother’s house was very country and Bluegrass orientated, whilst my father’s house was very Tom Petty, Neil Young, Stevie Nicks, Fleetwood Mac and that kind of thing. Tom Petty heavily and then at our mom’s it was heavy Waylon Jennings and Kenny Rogers. I am so grateful to have had both of those very heavily influences in my life, I’ve always kind of gone the country route because when I sing, I am very country obviously from where my accent is from in East Texas, and I can’t get rid of that so I’ve always kind of leaned towards it. In the last couple of years, I have really got reacquainted with all of my earlier rock loves, well not reacquainted because I never really didn’t but I have obsessed over them a little bit. Just hours and hour on end of listening to Tom Petty, then when he died, it hit me pretty hard. It was a weird thing, but I don’t know how to explain it. His guitar player, Mike Campbell is my favorite guitar player ever and my guitar player is heavily influenced by him, so that was kind of all intentional and I’m hoping that other people see that too.”
Married Alone track listing:
Tie Me Up (Sunny Sweeney/Buddy Owens/Galen Griffin)
Easy As Hello (Sunny Sweeney/Lori McKenna/Heather Morgan)
Married Alone ft. Vince Gill (Hannah Blaylock/Josh Morningstar/Autumn McEntire)
Someday You’ll Call My Name (Sunny Sweeney/Brennen Leigh)
How’d I End Up Lonely Again (Sunny Sweeney/Channing Wilson/Josh Morningstar)
A Song Can’t Fix Everything ft. Paul Cauthen (Sunny Sweeney/Lori McKenna)
Want You To Miss Me (Sunny Sweeney/Caitlyn Smith)
Wasting One On You (Sunny Sweeney/Buddy Owens/Monty Holmes)
Fool Like Me (Waylon Payne/Kendell Marvel)
All I Don’t Need (Sunny Sweeney/Lori McKenna)
Leaving Is My Middle Name (Sunny Sweeney/ Buddy Owens/Galen Griffin/Scotch Taylor)
Still Here (Sunny Sweeney/Lori McKenna)
​
Sunny Sweeney UK Tour Dates
19/8 - Millport Country Music Festival - Millport
26/8 - The Long Road Festival - Lutterworth
30/8 - O2 Academy Islington - London 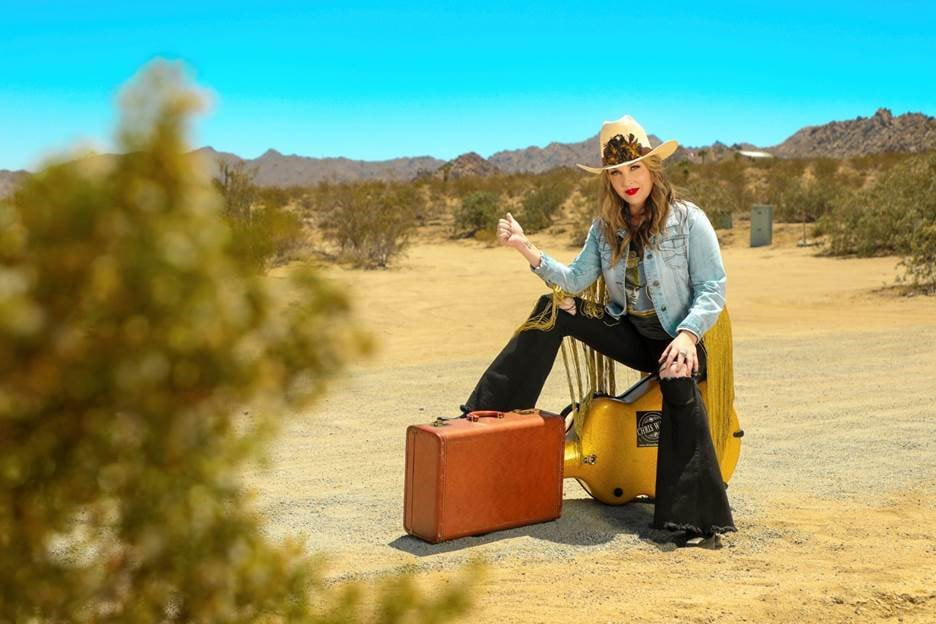 The fantastic new album “Married Alone” from Sunny Sweeney will be released through Thirty Tigers on September 23rd which is available to pre-save or pre-order HERE.

​Tickets for her UK shows (listed above) and details of all her upcoming US dates can be found on her WEBSITE and you can keep up to date with Sunny socially on INSTAGRAM TWITTER TIKTOK & FACEBOOK.