​The Sit Down with Tebey

Tebey is back in the UK this week to play in London at the Nashville Meets London Festival and at Stanford Hall to make his Long Road Festival debut. Before hitting the stage in London, we sat down with Tebey to see what he has been up to over recent months.

The last time Tebey was over in the UK was for this years Country 2 Country Festival. If you were listening to the festival from home, you would have heard Tebey on BBC Radio 2 as he teamed up with Bob Harris to host a show over the weekend. He then double downed on his presenting duties by returning for the BBC Radio 2 CMA Fest Special
That was fun man, especially getting to do the CMA Fest special for them. It had Thomas Rhett, Kane Brown, Kelsey Ballerini and Cole Swindell. They threw me to the wolves! It was me and Kristian Bush hosting. Who knows, I may be a presenter at some point in my life.
Bob Harris’ producer – Mark Hagan – asked me to do the session with Bob at C2C in March and then we met up when he was in Nashville and he said “Hey, I know you want to get involved with radio, would you be interested in co-hosting our CMA Fest Special on Radio 2 where Kristian Bush will have one day, and you’ll have the other." I had to be honest that I don’t really know what I’m doing but I was happy to be thrown to the wolves – so he did! Looking back at it now, I think it came out really good. I hope I can get invited back for a third appearance.
​
Despite being based in the city since the age of 16, this year was actually the first time he had performed at Nashville’s annual festival
I had never played it. I’ve never really made the Nashville and American touring market my priority. I’m almost 40-year-olds and I don’t want to start from scratch. America is massive. It’s not like Canada, which yes is a big country but out population is so much smaller. In America you could literally tour for two years and not stop. I just don’t want to be away from my kids. I’d rather be a big fish in a small pond in Canada or even over in Europe one day as opposed to grinding it out in America. I’ve worked hard to get to where I’m at back home and I see the potential in this market, but we are starting to look at other markets as well. Our streams are doing well in Australia; South Africa, believe it or not, is my fifth strongest market, which I’m very surprised about. I’d love to do South Africa and play a few shows. We were just down there as a family at Christmas for six weeks, I love it there. The first day that we were there I got a notification from Virgin Atlantic to say our flight had been cancelled and we don’t know when we will fly to South Africa again. There was a new variant, and the UK banned the flights coming back! So, we were stranded in South Africa for six weeks, but I guess there’s a lot worse places you could be stranded as we doubled our trip.
Tebey has been coming to play in the UK for 4 years now. Having played Country Music Week, C2C and now Nashville Meets London and The Long Road, Tebey hopes to continue to perform this side of the Atlantic
I’m hoping to be back for C2C next year. I think I’m maybe one C2C away from doing a tour. I haven’t toured enough here, but it takes time. I want to be able to sell 400/500 tickets. Do Manchester, do Glasgow, London, probably Bristol. We were talking yesterday about tours that are coming through the UK, usually support artists have the same agent or label but I hope we can start to do more.

Tebey is no stranger to UK artists, having previously worked with Pixie Lott and One Direction, and he’s full of praise for our homegrown country artists and the work they have been doing to put the UK scene on the map
I feel like there’s a lot of up-and-coming artists here. Kezia is doing good; Jade seems to be doing well and is hustling hard. Guys like Tim Prottey-Jones is great. I was talking to my manager earlier about the UK artists and I think they have to go to Nashville to make records as it’s something you can’t really replicate.  You have to be there and have those players on your records if you want to genuinely sound like a Nashville artist and have Nashville quality records. The artists over here that I’ve come to know I’ve told them to come to Nashville, spend the money – even though it’s not pretty – spend the money to get to Nashville and on Nashville. You can’t fake country music. You have to do it where it’s from. The only way to really understand it is to spend time there. It’s exactly why I moved there in the first place. I’ve been there for a long time, and I see a lot of great UK acts that have the potential to really do big things if the keep on putting in the work. I’ve done it and made Nashville sounding records and then get to bring them here and across Canada.
​
Tebey kicked off 2022 with the first leg of his Shotgun Rider headline tour. When he returns to Canada he will be returning for the second leg of the tour with seven dates in Ontario and Quebec
The furthest we are going is Montreal, unfortunately it’s too expensive at the minute to take the tour too far along the east coast to places like Halifax. Bus and truck drivers can only drive a certain amount of time per day, so every time we play in Montreal it’s then a two-day drive to get out East. We have band called Five Roses from Montreal supporting. They’re just coming up and a few singles in. The main tour is around 1000 cap venues. Once we are selling out those venues, we can start to look at some bigger arenas.
Last June, Tebey teamed up with Una Healy for the feel-good track Song of the Summer. He had previously teamed up with French Canadian artist Marie-Mai for The Good Ones and it sounds like he has hopes of teaming up with more artists for duets
I had a good meeting with Josh from Apple Music, he helped us out with the Una duet. He’s been really supportive, and his brother is actually Una’s manager – and Steps as well! I talked to Pixie Lott yesterday randomly, as she was in Nashville! I’d love to do another duet. Randomly I got an email from Meghan Trainor yesterday. Meghan and I used to write together when she was coming up in Nashville, but I haven’t spoken to her properly in a few years and she was asking what I had been up to. Sometimes duets come about from a random run-in in a club and the next thing you know it just comes together. The Una thing was fantastic and raised our profile here and got us onto the Radio 2 playlists. Absolute Radio started the same time, so we managed to jump a load of people in the queue
​
Tebey has always spoken patiently of his love for our national game and his love of Tottenham. A little closer to home his native Canada have qualified for the World Cup for the first time since their only previous appearance in 1986
Alphonso Davies is brilliant! He was actually injured for the final games. Canada didn’t loose a game throughout the entire qualifying – we beat the states twice, they beat Mexico twice – how does that even happen? We have a couple of players now playing around the French or English leagues. I think we’re 37th in the world now, can you imagine if they actually win some games at the tournament! I think the rules in Qatar will hurt the attendance, are many Brits going to go if they can’t drink? Apparently, there will be designated areas, but when you leave those what are people going to do! I don’t think I’m going to go; I’ll watch it from the comfort of my couch, but I think 4 years after it is actually in North America, so I’ll definitely be going to that, probably some games in Mexico City as I’ve been to a lot of the Canadian stadiums They’re going to use Toronto FC’s stadium which is right downtown and a great pitch.
​
Just three games into the new season, Spurs have started strong
It’s been a pretty good start to the season for Spurs. We play Nottingham this weekend, so hopefully that’ll be a win. This trip we will be going to watch a Cheltenham game as I love the small grounds here and we are going to go visit the Cotswolds after Long Road. 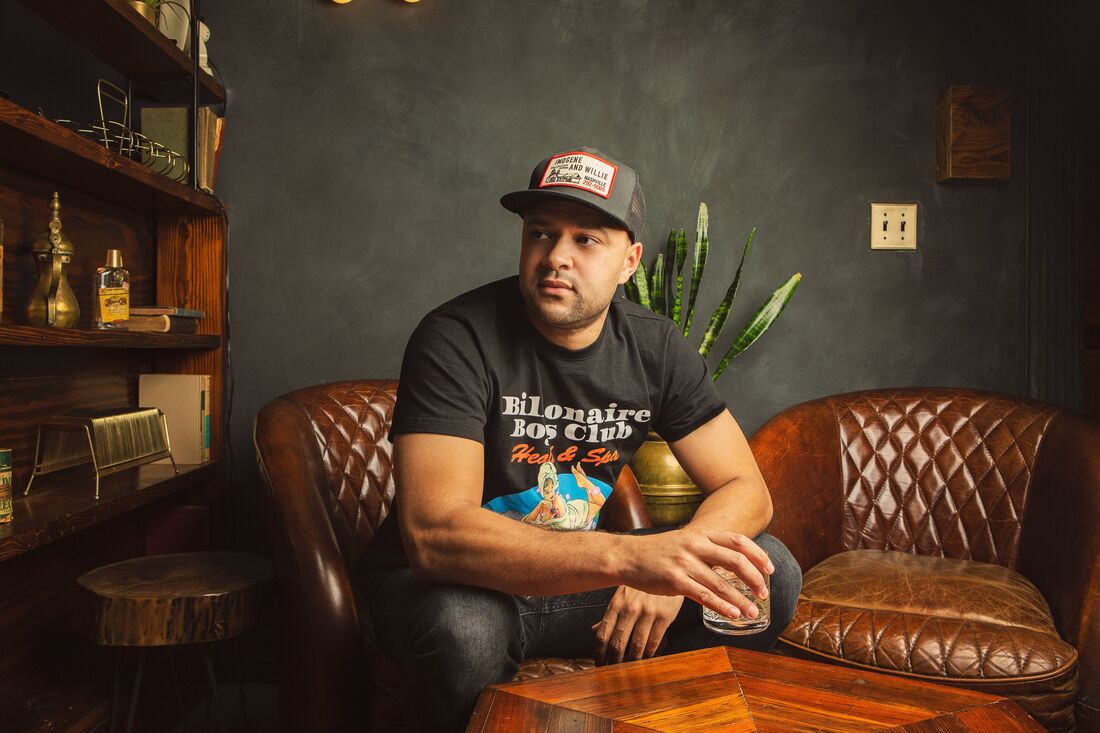