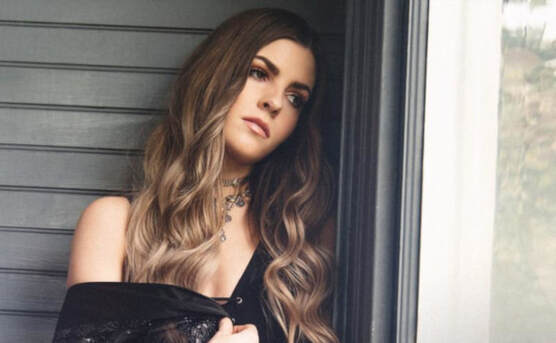 You were only in Europe a few months ago as part of Country Music Week, so it’s been a pretty quick turnaround for you.
Yeah, I know! I didn’t expect to be coming back so soon but I’m so excited for it.

How do you go from a small town in Saskatchewan to playing major European Country music festivals?
It’s crazy. I was just talking with my parents about it and I never thought my music would bring me over here. I always thought I would come to these places as a tourist but it’s super cool that it’s my music that has got me all the way from Canada to here. I even have four days off I think in London so I’m looking forward to actually getting to wander around and see the city. I never thought I’d get to play over here and am excited that Germany is the first stop. Some of my family is from Germany before they moved to Canada, it feels like this is where my roots are. I can’t speak the language but have being trying to understand bits of what people are saying. We’ve tried to learn thank you very much with the google translate app!

You teased new music in October and the album is now out.
Yes, two months ago now.

How does it feel now the album is out?
It’s kind of a weird feeling. I always thought I’d be crazy excited for it, which I was as I’ve put new music out, but I felt like all of a sudden there was this pressure to create more. I’d been holding onto these songs for over a year so it was nice to get it out but then there was also the so what’s next?

How the reception been for it back home?
It’s been so great. I released my first single in Canada in a long time as well, so that has been super cool to have music out there and everybody has been so supportive of it. I’ll be doing a couple of shows in April really close to my hometown and I think they’re sold out. I’m looking forward to going back there and playing all the new music.

What can we expect during your European shows?
It was a lot of fun last time in London and I’m going to be playing a lot of new songs this time from the album. I’ll through it back to the Rebel Child album too as lots of people still request the older songs so I’d better mix some of those in too. There will be a few of my favourite cover songs as well. This Berlin venue is a really cool spot and I’m excited to look around as I haven’t had much chance to this visit and take in all the history.

Is getting to visit new cities one of the best perks of being an artist?
I would probably have never made time in my own life if I hadn’t been an artist to come here and visit, so it’s really cool that music is what brings us here and we get to be tourists and artists at the same time.
​
I’m sure everyone is looking forward to seeing your shows over the coming weeks.
Thank you so much, I’m looking forward to playing.