CitUK sits down with Tenille Townes 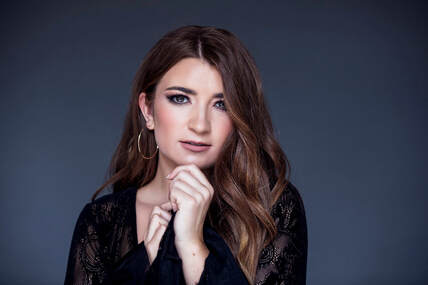 Canadian native Tenille Townes was in Berlin recently as part of the Nashville Songwriters Round for C2C Berlin. We caught up with Tenille before her set.

When you started out do you think about the worldwide touring opportunities music brings?
No. It is truly wonderful. We were talking at breakfast this morning about how we are this far across the world and people are gathering around to listen to my music and country music. It’s such a dream. Coming from a small town in Canada, this is my first time in Germany and I already love it. These are the places you read about in school and back home we would talk about Europe as this really far away place. It’s amazing how small the world can be.

When touring, do you get much of an opportunity to look around the cities you’re in?
A little bit. Since being in Berlin, we have been to the Brandenburg Gate, had afternoon tea and have managed a little bit of walking around this neighbourhood and seeing the wall.

Jersey On The Wall is gaining airplay on the radio, was it always intended to be a song to be released?
Every time I write a song it’s really just an opportunity to just get off of my heart what I want to say. I know that after we wrote that song I knew it was something special and to me I was like wow, this song just sees the light to all the people who inspired it and who have been through such a tragic loss and to make people understand they aren’t the only ones who feel that way. It’s something we are connected to in some way and it meant a lot to me when my team spoke about using it as single and giving it that opportunity to reach people.

Your second EP came out in March, why did you choose the title?
The Lemonade Stand is a lyric in Somebody’s Daughter but also to me as this kind of point of community and I want to record to be a gathering place where people can be reminded of who they are and they are not alone and can live their dreams. I think a Lemonade Stand in a community is such a cool place where you may meet strangers and become friends. There are some themes on some of these songs, especially being reminded of the dreams you had as a kid. Being able to release this music, have songs played on the radio and watch people singing my lyrics back to me is the dream I had as a kid. It’s very cool to actually now have that happening in real life. The EP we called it The Road To The Lemonade Stand, sort of as a starting line towards releasing the rest of this music we’ve got ready to go. I can’t wait to keep sharing more and more soon.

People that are new to your shows, we can they expect?
Plenty of songs, telling some stories and I hope people feel a little more filled up by some of these songs. I know that my heart is ready to perform. My recent trips to the UK and Amsterdam always leave me reminding myself of how much I love music, performing and how many beautiful people there are in the world.
​
What can expect in the coming months?
More new music. Coming soon. I can’t wait to share more new songs. As long as I get to keep coming back to Europe I won’t complain. I love it here.