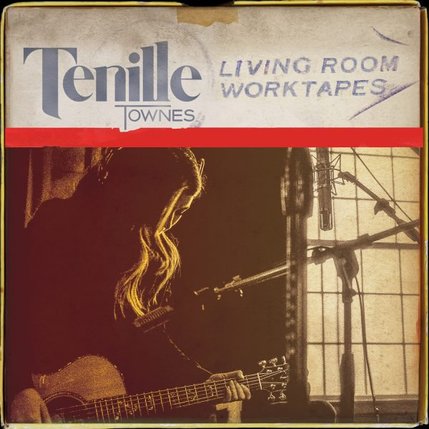 If you head 2,300 miles North West of Nashville, travelling through Minneapolis, Saskatoon and Edmonton, you arrive at the Canadian city of Grand Prairie with a population of a little over 60,000. Five years ago at the age of nineteen Tenille Townes left the city to make Nashville her new home and this week signed her first major record deal with Columbia Nashville – whose artists include Maren Morris and Luke Combs.

​This week Townes released a four track acoustic EP – Living Room Work Tapes. "This is kind of the beginning of introducing some new music. These are four acoustic songs, going back to the way that they were written.  This is kind of just me picking up the guitar and playing them the way I would for you in a living room."

The EP opens with Where You Are is about making sure you are as close as possible to the ones you love no matter what it takes. Jersey on the Wall is a heartfelt ballad that tells the tale of the local sports star that now has their jersey hanging in the school gym after their death in a car crash so they can be remembered.
​
Somebody’s Daughter is the reminder to everyone that no matter where people have ended up in their life for whatever reasons you always need to remember that that person may now be lost or forgotten but they will always be somebody’s daughter; somebody’s best friend and somebody’s first kiss.
Townes finishes off her EP with White Horse – all your wildest dreams might not come true but at the end of the day you’ll still be happy and have someone love you.
​
The next few months look set to be very exciting for the Alberta native as she will be opening for Steve Moakler next month in Chicago before this summer she will be hitting the road with Little Big Town and Miranda Lambert for the Bandwagon Tour. This release is surely only the start of things to come for Townes and we look forward to tracking her progress over the coming months and years.