​The Sit Down with Tenille Arts

Since her UK debut during Country Music Week back in 2019, things have massively been on the rise for Weyburn, Saskatchewan native Tenille Arts. Her breakout single “Somebody Like That” from sophomore record “Love, Heartbreak & Everything In Between” hit the top 5 of the Billboard Country Airplay charts and she has since been a Canadian Country Music Association Awards winner and received her first Juno Awards nomination. Following on from the release of her third studio album “Girl to Girl” she recently returned to Europe for the fourth time and her first headline tour which included shows in Dublin, Glasgow, Manchester and London where we were able to catch up with her ahead of the show.

What is it that keeps you coming back here to our magical little island? I know we drink tea and coffee hot, like you do back home in Canada but unlike those guys in the States: we play football with our feet, drive on the correct side of the road and use the letter U in words, so what is it that has made you fall in love with things over here?
“I mean I just love the fans over here. They are some of the most attentive and fun crowds that we have ever had. They sing back every word and they show up to a show because they care about the music. It’s really special and I don’t really think you get that anywhere else in the world, it’s just different over here.”
​
The audiences are what so many artists bring up and the way that they are so attentive even to brand new songs or super deep cuts.
“It’s just such a unique think and I don’t know if it’s just because there is not as much country music over here. Maybe, eventually this market will be as saturated as the United States, but I don’t know what it is, these are some of the best fans, they are really into it and you can just tell that they care when they’re singing along like they’ve done their homework. They know all the songs, it’s like the deep cut, the ballads and the songs that you think nobody wants to hear on a Saturday night, but they still love it which is cool and very different.”
The US is obviously not home for you and this is a really exciting time for Team Canada and especially amongst the ladies both in the States and coming over here. Lindsay (Ell) has been coming over for not far off a decade and the other Tenille (Townes) like you keeps coming back too. I do massively apologise by the way considering this is the first time that we have spoken because when I have talked to other artists about people that have been over, I kind of collectively referred to you both as “The Tenille’s”. Plus, there’s Madison (Kozak), Jess (Moskaluke) and Robyn (Ottolini) who have all been over here to play then MacKenzie Porter and Sykamore are other Canadian girls that are doing great things too so you’re all kind of invading and taking over Nashville right now.
“It’s kind of crazy how many of us are there now but I kind of think that we had to jump through so many more hoops than any Americans. We have some extra drive in us, coming from Canada we had to get a visa, move to another country, to a new city and all of these things so I think that you have a little bit more drive inside of you and I think that is why we are seeing some of these Canadian artists really pop up because we’ve had to work really hard just to get there.
​
This is your fourth time here now, so what have you found about the UK that we do well? What do you now get excited about before you head over?
“As far as country music concerts go, I just think that the way people show up for artists and really make them feel so valued. Outside of C2C, I’ve never played a festival here yet so I’m not totally sure what that’s like but I know that people over here show up because they love you and they show it in a really big way.” 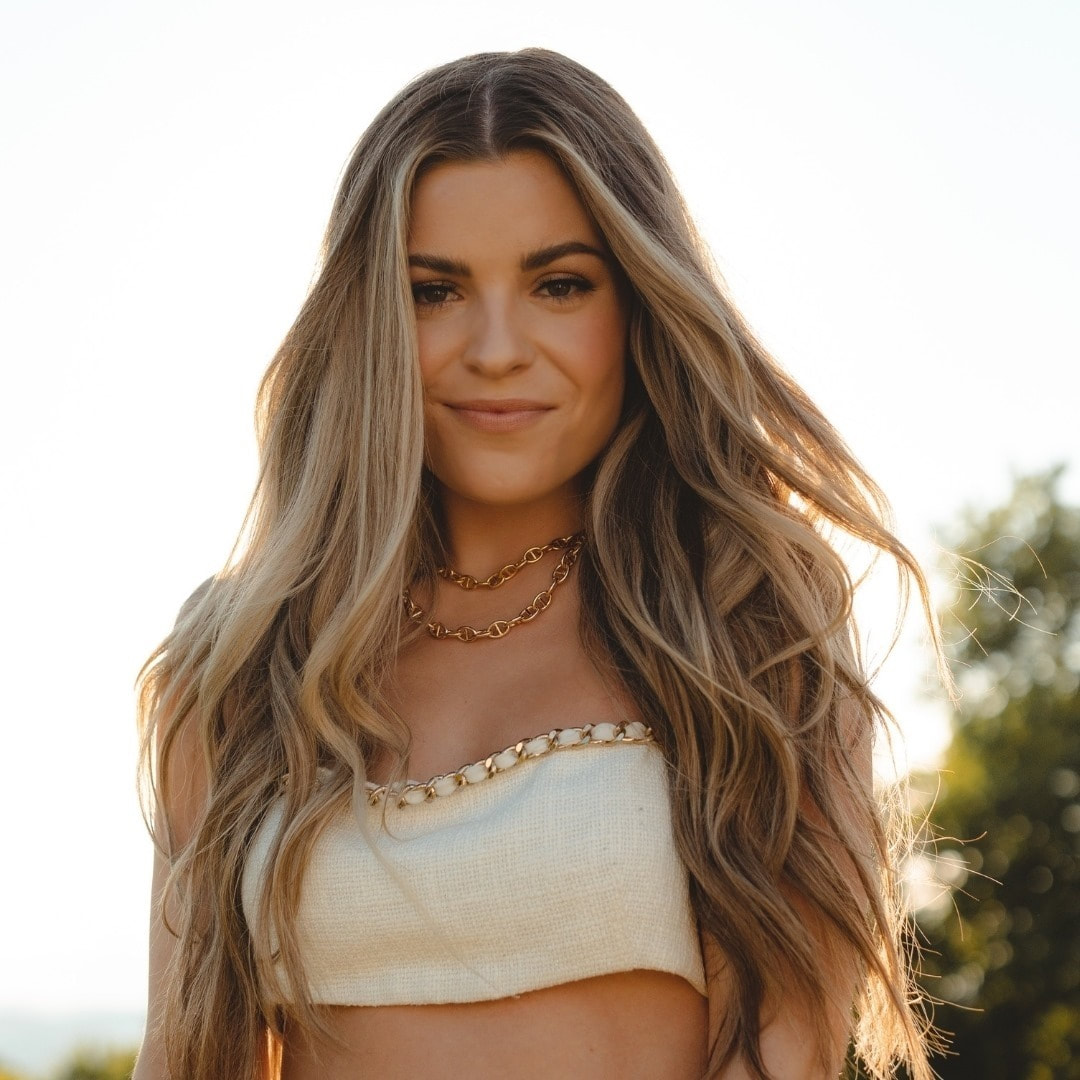 Everyone is far too polite and focuses on the shows when you try and ask what things people like over here or what we need to do differently. Quite a few of my friends that have been over picked up on how we have coffee with milk generally being half fat over here rather being able to find creamer.
“Other than the concerts, the food over here is incredible and such high quality. Nashville is starting to be more of a food city, but things are definitely a step up over here.”

Have you managed to have some Indian over here yet because that is the other thing that everyone seems to talk about as a really big difference?
“Ha ha. We just went to Dishoom. I have one or two places in Nashville but it’s definitely another level over here.”
​
I know that you are just about to jump on stage, which everyone out there is really excited for but lastly “Girl to Girl” came out last October, so where are we in terms of the cycle of what’s next. I’m guessing that you have been working a lot on new music over the last couple of years and have things in the locker?
“I wrote that entire record during the pandemic so that was kind of my covid project, but I have already started working on some new music. I recorded a couple of songs that I didn’t write which is very different for me, but Nashville is full of incredible songwriters, so I was lucky to get my hands on a couple of great songs to share.”
The third studio album “Girl to Girl” from Tenille Arts is out now and available HERE.