COUNTRY IN THE UK
Search
Well, this feels really strange to be writing about seeing live music that is not through a TV screen or over the internet for the first time since March last year and the first time being outdoors at a festival since September 2021!

Heading to Writtle on the outskirts of Chelmsford for a festival has a lot of great memories and nostalgia as the annual V Festival was always such an integral part of my summer through my teens and twenties so when two years ago the prospect of a country festival coming to my old stomping ground was something really exciting.

A headline set from Lauren Alaina and the fun, welcoming family atmosphere really put Dixie Fields onto the map as a great and inclusive small festival with plenty of upside to grow. Then last year, on second thoughts let’s just not talk about anything to do with 2020 from March onwards. The absence of live music had left a hole in so many lives, whether that be fans, performers or people involved in putting on events so to finally have the prospect of it returning was so refreshing and invigorating.

July 2021 saw this long-awaited return for many people and under its new branding of Tennessee Fields country music festivals in the UK were finally back. At the time of running, there were still some national restrictions in place and procedures for international arrivals that had to be considered so putting on an event like this posed a lot more questions than had been presented prior to a global pandemic.
​
Planning and running a festival under these challenging times was no mean feat and much more than everyone just wanting it to be a success it really passed with flying colours to deliver a celebration that if nothing else really highlighted the level of talent that exists in the worlds of country and Americana on this side of the Atlantic. Yes, the site needed more bins, they probably want to look at how to use the vast space in the middle of the arena site better, I have a real pet hate about chairs near the front at festivals which may need to be thought about as attendance increases in future and for me personally (trying not to sign my own death warrant here) as great as Ward Thomas were, an acoustic headline set to close out the evening is something that is not for me but overall it more than delivered and the positivity was incandescent. 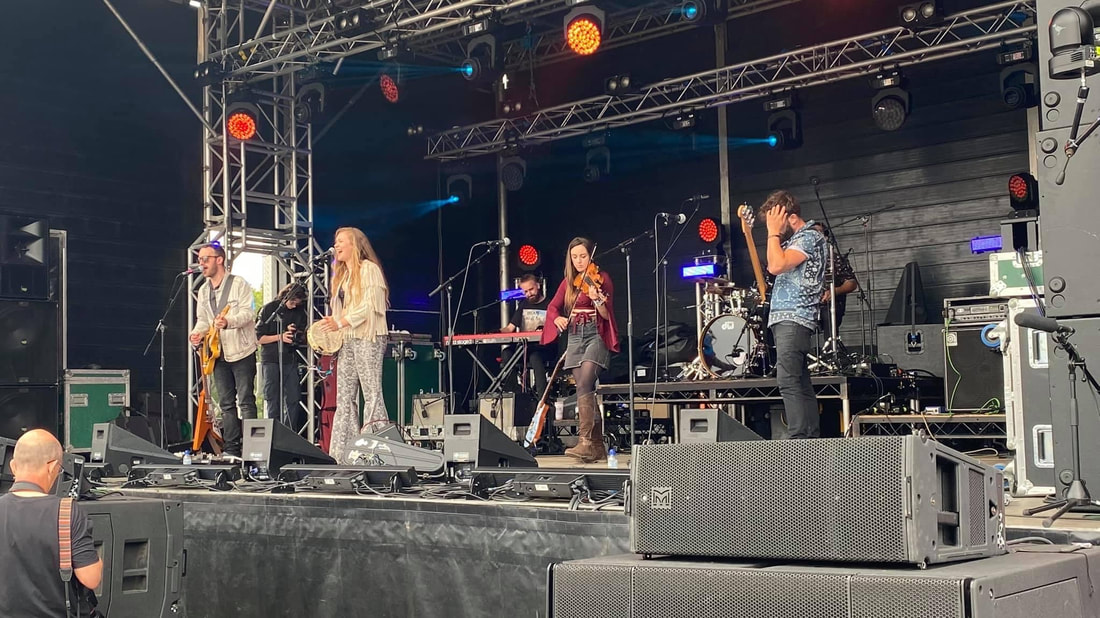 Festival’s are predominantly about the music and given the transatlantic withdrawals it completely showed how strong the genre has become over to its absolute fullest!
​ 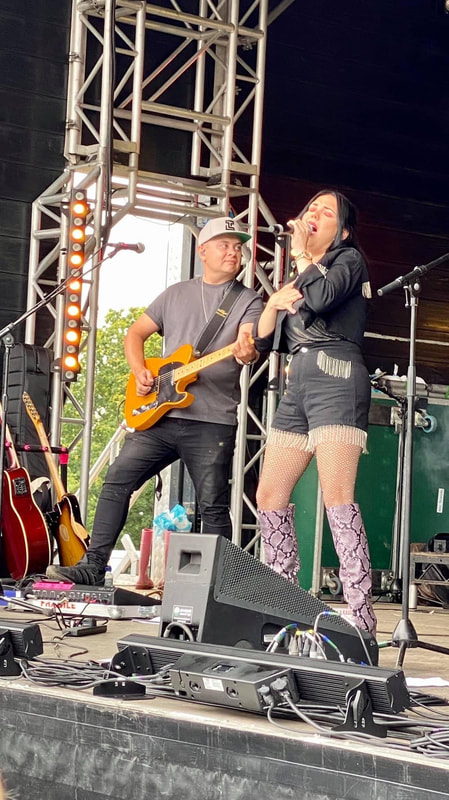 ​
This festival is a really friendly festival with a fun community vibe that has so much potential to grow year on year on year and the organisers are looking to keep making at better and listen to feedback. This was evident to see with the improved signage on the roads when accessing the event, a hygiene station for the campsite and a much-improved breakfast process which really was quick and smooth compared to the previous event that the organisers had run.
It had a good number of food options and what was a perfectly priced bar. Northerners may not be keen on London prices but just under five pounds for a pint at an outdoor event is more than reasonable. I also like the not having too many options aspect of just having one lager on tap which combined with the taking of contactless payments keeps things running really smoothly service wise. Reusable cups are always good to see from a sustainability perspective and in that vein, using the cups made for the previous branding of the festival was good to see that more plastic could be reused rather than recycled unnecessarily.

In addition to the main stage there is a circus big top type tent acting as the second stage which were predominantly acoustic performances and I think it is really good to see when things are organised that the stage times don’t clash so people have the opportunity to see all the artists playing during the day. There are also plenty of other things to do at the festival which were perfectly placed and covered plenty of bases without being too much going on. I can’t believe I am about to say this (2019 Jamie really doesn’t know who I am anymore) but the line dancing breaking the performances up along with being done from the main stage looked really good and was great for the atmosphere in the crowd! Just for the record, whilst you won’t catch me anywhere near it, for the event it really works. 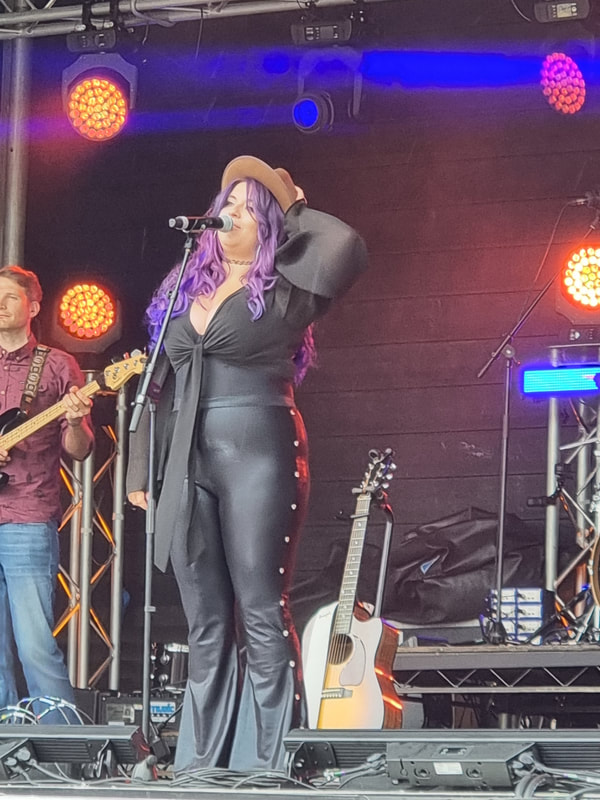 Georgie and her team have so much going for them in terms of the potential with this event and it is great to see so many people being involved and supporting the festival where above all the amount of praise you have to give her team for putting on an event during a global pandemic with governing constraints still in place just really can’t be emphasised enough! They had two American artists including the headliner forced to pull out in the weeks running up to it and finding out the third US artist would be unable to perform as people were pitching up their tents (in the middle of a very stereotypically British torrential rainstorm) so to bring together such an organised event with really high quality performances like I mentioned earlier was fantastic and apart from temporarily losing the keys to her tractor it appeared to have gone down without any further hitches!
​
So, we look forward to 2022 hopefully with better weather, a few more bins on site, no COVID restrictions, more artists doing Little Mix covers, not losing that entire box of 72 chicken nuggets you bought and cooked specifically for your hangover under your tent and an even bigger party that showcases the best in country music from both sides of the Atlantic once more where we really hope you can join us for what really is a fun, friendly and enjoyable festival.
Tennessee Fields will be back at Sandy Brook Fields in Chelmsford next year and taking place between the 15th and 17th July 2022. For more details about the festival, head to the WEBSITE and to keep up to date with any updates for next year’s festival you can follow along socially on TWITTER INSTAGRAM & FACEBOOK