​The Sit Down with The Jackson Line

The Essex based trio of Keith Porter, Jamie Cook and Jim Cross who are collectively known as The Jackson Line are one of the slickest sounding purveyors of classic country pop with a modern twist that you will find on the UK scene. With two lead vocalists and a fully transformed sound when playing as a full six-piece band, which we got to experience for the first time at Buckle & Boots in Manchester, things are really starting to take shape to bring their sound to a wider audience. During the festival, Jamie had a long overdue catch up with Keith to get the latest on what is on the horizon for the band.

I have known the band and what they do for a fair while now but for the event that people are not overly familiar with who they are and what they do:
“We are The Jackson Line, which is made up of me, Jim and Jamie. Jim and Jamie both play guitar then me and Jamie sing. We had our first launch EP around 2018 but we’d been working on that for a few years and now I’d say we are at phase two of the band. We’re working on new material that we’re about to record, starting next week. We have a slightly different sound compared to the first EP and I feel we have really settled into the kind of band that we want to be.”

Keith and I both hail from mid-Essex and The Jackson Line have been integral in hosting the long running Radio City Sessions at Hot Box Live, very close to Chelmsford station.
“I had the idea for that a long time ago and I’d always wanted to bring people to Chelmsford. I thought there would be an audience for it and that people would appreciate this kind of music. The driver was Georgie (Thorogood) at Tennessee Fields, becoming good friend with her and having a similar sort of idea around the same time, then I chatted to Tim Prottey-Jones at the festival and what I really remember about that chat was me complimenting him on how much he does for everyone else in UK country and how much exposure that he tries to give people. I just thought to myself that I would love to be able to do my small version of that, give people an audience and give people a friendly night. Georgie and I set out together, and it’s been absolutely fabulous, all of last years were sold out and this year was going really well, until I got covid. It’s a great way for me to connect with people and Chelmsford, because of the festival is much more used to country music now than it has ever been. We’ve just created something that is one of the things that I’m most proud of which we have done in music.”
​
As much as the growth in Chelmsford and mid-Essex is wonderful, we talked about the opportunities that Buckle & Boots particularly offers to branch out even further:
“We’ve brought fans to Buckle & Boots too, and we’re so proud of that. To think that we would be walking around and seeing people wearing our t-shirts, to think that going back three years ago or four years ago is a bit of a dream come true really. I think what I’m learning about the scene is that firstly it is a lot of nice people, genuinely lovely people who are very talented then it is much more about networking than I thought it would be and also it is about sharing those platforms. It’s songwriting together, Katy Hurt and I wrote together last week, I’ve arranged a write with Jess (Thristan) who is just such an incredible writer that everyone wants to work with, and my wife is a huge fan of her as well. There is the songwriting and also creating those platforms for each other, Jade runs a songwriters night and Two Ways Home with theirs. That is kind of your gift to everyone, that is you contributing to the scene and all of these things have happened for us really since the pandemic, which is weird really. In some ways it destroyed our momentum but in others it gave us a chance to say how do we make progress? How do we make connections? How do we be the band that we want to be?” 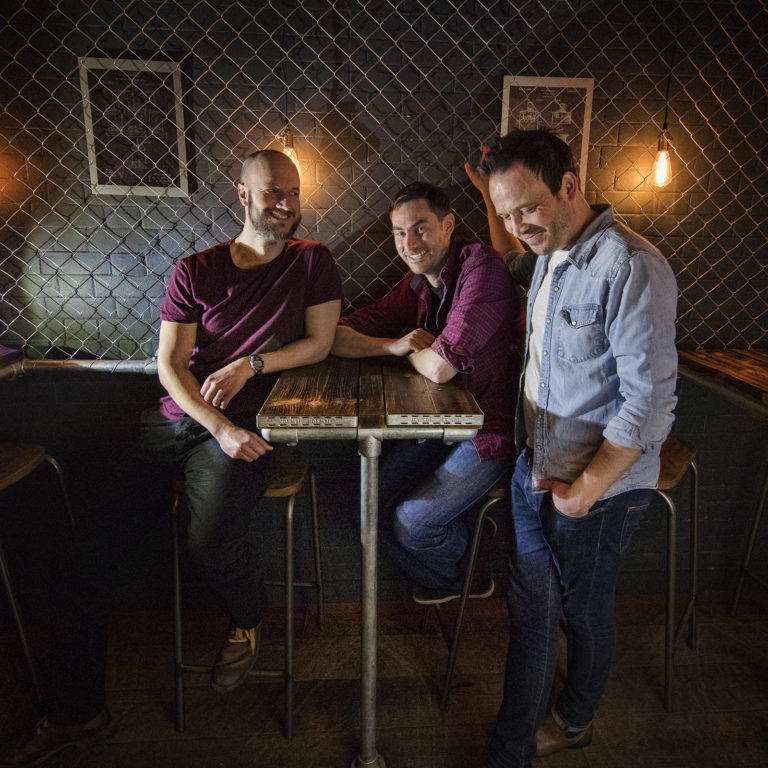 Most importantly, when you are talking about guys and what they are doing musically is what is happening next. It has been a little while since we had a substantial release from the band, so we moved on to talk about what is on the horizon and what the future holds for The Jackson Line.
“We’re leaning towards maybe an EP, but definitely a great collection of singles. We begin recording in June, we start next week. We’re flying to Canada to record with Katy Hurt’s producer but before we knew it was Katy’s producer. We love a band called The Bros. Landreth who are a big inspiration of ours, we all have different musical interests which all come together on The Bros. Landreth. We got in touch with Joey from the band last summer and had a lovely hour-long chat with him where his advice was that he thought we should find a producer, he said find the music you love and then ask them. He listened to our music, he loved it, said he thinks he can work with this and he’s been really coaching and challenging us. We’ve had a wonderful pre-production process with Murray Pulver and next week we fly to Winnipeg to work with him in the studio and live our dream of working with the producer of our favourite ever album.”
​
Whilst I have been overly familiar with how good that these guys are, there would have been a lot of people that would come across them for the first time at the festival so, I let Keith give the sales pitch of what people can expect from seeing The Jackson Line.
“You can expect songs tinged with country and Americana, you can expect three-part harmonies which we work really hard on and you can expect great guitars, because we have two fabulous guitarists in the band. We’re trying to make it fun, yes we have some slow songs but ultimately we’re trying to be a band that you can listen to, tap your feet, sing along and enjoy.”
I have always wanted to try and get over to the nights in Chelmsford that The Jackson Line host, especially as it is where I grew up and have so many friends. I tried to justify not going because it would involve trekking across London to see my parents midweek or require a really long train ride back. Keith then did his best counterpoint to inform me that their evenings finish at 9:30 and one of the reasons for that is that (like me) they are getting old now because you have to get home and get the recycling out! From here we went into the sort of chat that really goes on in the music industry behind the scenes, where we discussed the trials and tribulations of not putting the right bins out on the right day and how you can ruin the minds of your entire neighbourhood by placing the wrong bin out early.
“I’ll tell you what else you can get from The Jackson Line, I think we bring real wholesome chat. I love to tell a story and make a long story long which I feel is something that we naturally do. At the songwriters nights I would say the banter level is a full on ten out of ten but slightly different today as it’s a shorter set. We want to get people enjoying themselves and have smiles on their faces, so I’ll keep my long-winded stories down.”
​
Towards the end of our chat, we had a little gate-crashing from Audra McLaughlin but ultimately Keith and me had been talking about the shape of the scene in the UK as a whole. I love to see it thrive as it is starting to do even more and the opportunities arising for people to get to venture out into new pockets and play to new audiences.
“I think the overall standard is getting better. When I see Jess Thristan and hear her sing, I’m like this woman is incredible and I was just watching Harriet Rose, who I’ve seen twice now, and she is amazing too. I think what is starting to happen is you are getting people who are not trying to be US artists, but genuinely good UK artists and I think that is bringing the whole standard up.”

You can find more information on The Jackson Line and any of their upcoming live shows on their WEBSITE and keep up to date with them socially on FACEBOOK and INSTAGRAM.