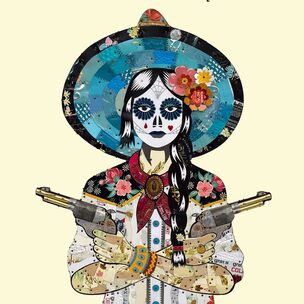 Award-winning band The Mavericks have released their very first all Spanish album en Español today 21st August via Thirty Tigers, Mono Mundo Recordings. Recorded at the legendary Blackbird Studio in Nashville, the array of sounds album consists of salsa, mariachi, norteño to tex/mex capturing the true style of who The Mavericks are as a band.
The 12 track album consists of originals material and some covers from a range of iconic Latino music across periods of time including the album opener “La Sitiera.” Originating from Cuba “La Sistiera” was made famous by such powerhouses, like Celia Cruz and Omara Portuondo. The band’s version, however, leads with twangy guitar and mournful strings to the yearning tune. Meanwhile, co-written tracks by frontman Raul Malo and the band’s videographer and poet Alejandro Vega showcases the band’s eclectic creativity with the passionate “Recuerdos” and the jaw dropping first single “Poder Vivir.” The album also has a guest appearance from the remarkable legend accordionist Flaco Jimenez in “No Vale La Pena” originally by Juan Gabriel, the band’s rendition of the mariachi led tune is as breathtaking at it gets while Jimenez guest appearance brings the track to a full circle. While the Julio Iglesias “Me Olvide De Viver” leads with cosmic country sound accompanied by Malo’s captivating voice to the romantic “Cuando Me Enamoro”  an Italian tune later translated to Spanish by Augusto Alguro just goes to show how music travels and interpreted into different cultures. The band closes the album with “Me Voy A Pinar Del Rio” another track hailing from Cuba, the band’s rendition with fellow Cuban band Sweet Lizzy shine on through with the cuatro, horns led joyous track, a sweet farewell to the vigorous album.

This isn't just another The Mavericks album instead THIS IS The Mavericks. A multicultural, awe-inspiring band.

en Español is out now..
Check out our interview with the bands guitarist Eddie Perez
Listen Now