Tyler Rich speaks with Country in the UK 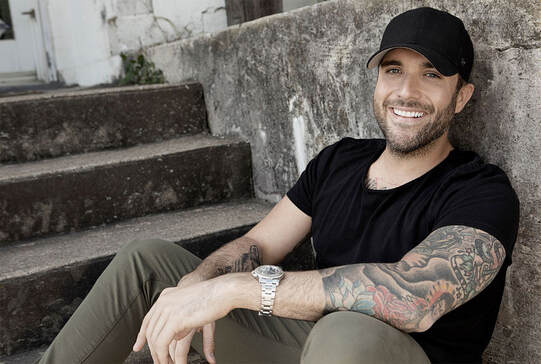 Country Music Week once again introduced the UK audience to a new American artist. This time, Yuba City, California native Tyler Rich was given the opportunity to play in England for the first time. Tyler spent the week supporting Striking Matches, before appearing at the Country Hits Radio Daytime Hub. We caught up with Tyler before his first show in London.

As this is your first time playing in London, what can we expect from a Tyler Rich show? What have you been told to expect from the UK audience? Have you gone to anyone for advice? The next stop is Europe after a trip to Leeds in the week and then back to London next weekend. Is there a highlight you are looking forward to for this trip? How have you coped with the jet-lag before this tour? As a California native and 49ers fan, what can you say about the start of the season? We love to hear people’s stories about how they ended up in Nashville. You don’t hear of too many country artists from California, so what made you make that move? How does being in Nashville change you as an artist and your approach to writing? Your new single, Leave Her Wild, is out now. When you go to release a single after the success of The Difference, how much pressure did you feel when it was being released? Next up on your touring schedule sees you going on a cruise! Do you know what to expect on the cruise? Is this one of those tours where your guestlist fills up quick?
​Thank you Tyler for taking the time to speak with Country in the UK and we look forward to welcoming you back to the UK very soon.