The Sit Down with Waylon Hanel

Michigan native and outlaw country artist Waylon Hanel has recently shared his self-titled debut EP which he created alongside iconic songwriter Bernie Nelson. Born in Flushing, Michigan and now residing in Millington which are both in close proximity to Flint (if your Will Ferrell movie knowledge is up to scratch, you will recognise as being the city that traded a washing machine for Woody Harrelson and saw Ferrell wrestle a bear in one of his most undervalued roles in Semi-Pro) whilst Hanel’s journey has already taken him to Texas and later on to record in Nashville, Tennessee at the start of his musical story, which he summed up perfectly himself:
“Growing up as a kid and listening to music, I never thought I would be, I’m gonna say a “musician” because I just liked to listen to music and all that, but I always wanted a guitar. I just wanted to play “Walk The Line” by Johnny Cash, that’s all I wanted to do, and I was asking for a guitar every Christmas since I was six. When I turned fifteen, mom finally gave in and bought me one. I taught myself how to play within six months and I learnt that one song, I played it and I was having fun then one day I came home from school and she said I should start singing when you play. I was like na, it’s ok, all I wanted to do was play that song. She tried to convince me and still was na, but then I go to school and the next day when I come home, my guitar is nowhere to be found and I can’t find it. I called her and she was still at work, she told me she hid it and I asked why? She said you’re not playing it until you try to sing, then I finally gave in after two months after not touching it and tried to sing. She told me I was not THAT BAD for the first time, then I started learning songs and got my first gig at our local pizza place here in Millington, then started getting more gigs and more gigs.”
​
“After a year or two of doing that when I was seventeen at the time, we met Dan and Georgeann Ricketts, Dan Richards is his stage name, and he is a local DJ who hosts The Sunday Night Flashback on our radio station throughout Michigan. He fell in love with what I did and he’s awesome, so we knew them for about a year then they came over to the house saying we want to send you to Texas and meet a songwriter. I was so excited, and we go down to Fredericksburg in Texas where I met Bernie Nelson. He is a fantastic songwriter, and I could not have been more honoured to be with him and have people support me to put me in his arms. We wrote those four songs on that EP and we came home, then a week later Bernie called and said if you want, you can cut those songs in Nashville. I had never been to Nashville, Tennessee before and my first time down there I was able to be in a studio and sing music, which was like a dream come true all in one shot. Then here we are right now!”

As far as sitting down to write songs goes, sitting in a room with someone like Bernie Nelson, who has had cuts by Conway Twitty, Ricky Van Shelton, Kenny Chesney, Wynonna, Colin Raye, Confederate Railroad, Chris Ledoux, Kris Kristofferson, & John Anderson would be an incredible experience, especially when working on your debut project.
“Exactly and you wouldn’t even know it. He’s just a mild dude that is awesome and very humble. The way that he acts and talks, you would never know that he has wrote billions of dollars’ worth of hits. That’s what I love about him so much, I strive to be that kind of a person.”
​
One of the real things that I picked up from Waylon is despite his obvious desire to succeed in music is that he remains very grounded and realistic. He is not rushing into things like heading straight for music city. Moving to Nashville could well be on the cards in future but being only twenty, his outlook on himself and the world is focused and mature as he doesn’t yet know where things could be in five years’ time nor exactly what he wants to do. He is looking to grow and build organically from where he has his fanbase in Michigan, obviously being ready to play gigs wherever they show up but fundamentally looking to grow from his core local foundations.
“The way that I think about it and I tell this to a lot of people, which seems to register in their mind a lot easier is that living in Michigan, I have a job and I work with dad during the week then I play my gigs. If I was to move to Nashville, I would have to be doing the same thing but starting all over again, without having my fanbase where people could come and see me locally. Here in Michigan, I’m building stuff. I’m going to be opening for Trace Adkins and then with Travis Tritt in Bay City, so I’m making bigger shows but in the same area and if we can keep getting bigger and bigger shows, then pretty soon that can carry over to states like Ohio and Indiana, where once we grow past Michigan, it keeps taking off and the word gets around. The way you said organic would be the perfect way to describe it.” 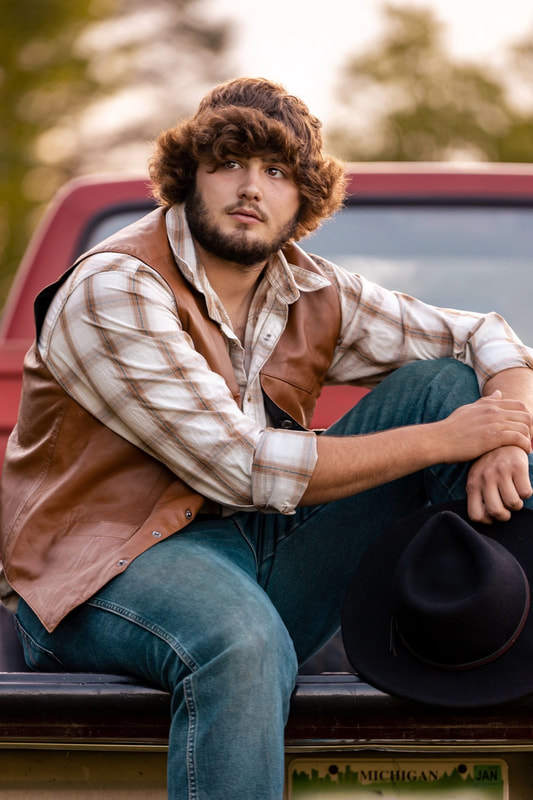 Whilst his debut EP has been out for less than two months, things are already moving forward for the future as Bernie Nelson had invited him back down to Texas where they had another productive writing session with a view to be heading back to Nashville in July to record once again. We talked about the state of the market in the industry right now being, so consumer driven and demanding where releasing a full alum in one bite rather than putting out what you have, when you have it leaves your tank dry, so multiple releases through a year are much more beneficial.
“Bernie was saying the same thing, instead of writing these four songs and saving them then maybe writing another six or seven and putting out a whole album which people are going to listen to for about a month and then be wanting more when that is all you have right now. Releasing the EP’s is a smaller section of what I already have in store and I’d been thinking of just releasing singles at the same time but right now I think we’re going to record these six songs and release them maybe this year in the fall before things shut down.”
​
I really like the EP and the sound that Waylon has created because it is down the more traditional country avenue melodically and ideologically in terms of song writing but it feels more open and inclusive. This could be because he is not southern and sounding typically country with his vocal, it is a lot smoother and allows you to hear everything that he has put into it which helps create his own brand of outlaw country, so I asked about what influenced him musically? Was it purely in the genre and the view that this was the only destination or has his sound and influence also incorporated elements from elsewhere?
“It’s been mostly country, but at the same time I love grunge rock music, like Nirvana, Staind and all of that kind of stuff. I really like that nineties grunge style but also, of course outlaw country like Waylon, Willie and Johnny Cash then some of the newer guys like Eric Church, then I love disco music! I like being funky on stage, it makes people want to get down.”
“I’m not saying I’m going to out and play something like Rooster by Alice In Chains but the style, the grunge and his voice I could incorporate that, and people might not pick up on it, but they will think they like that for some reason. You don’t have to tell people you are doing it, it’s just little things that people pick up and want to come back and see you.”

Outside of music, Waylon talked about how he has a great love of the outdoors but not quite in the Tropical sense (couldn’t resist at least one more Semi-Pro pun in here). He likes to hunt, fish trap and making the most of his newly purchased jeep, then there is also a keen desire to travel with our wonderful little island across the pond being somewhere that his radar is honed on to for the future which we sure hope that we could help accommodate.
“I have been wanting to go over there for a long time, I had wanted to go over to the UK ever since I was little but now since everything is taking off, I am starting to think that I may really get the opportunity to go there which would be cool.”

The self-titled debut EP from Waylon Hanel which was produced by Bernie Nelson was released on February 25th and is available on all platforms HERE.
1. Armageddon
2. If I Could Write This Son
3. He Don’t Mind
4. Forever Sure Looks Good On You
5. Wolverine
​
You can find more information about Waylon on his WEBSITE and keep up to date with him socially via FACEBOOK TWITTER INSTAGRAM or TIKTOK. 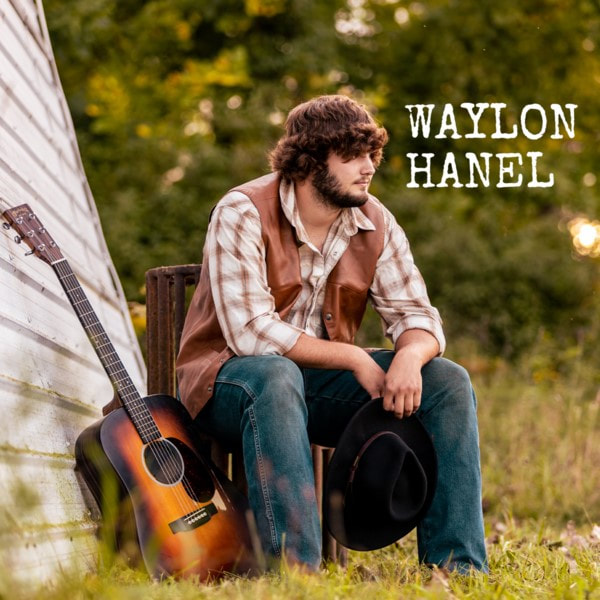