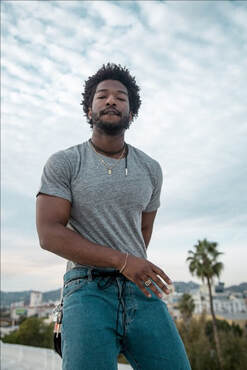 Our build-up to this years Country 2 Country Festival has begun with our annual introducion to some of the artists you won't want to miss this year. This week, we caught up with Willie Jones who is making his return to London after performing during Country Music Week in October.

1) What can the C2C crowd expect from a Willie Jones set?
Expect a lot of my new music, high energy, and country music presented in Willie Jones style LOL

2) What encouraged you to want to play at C2C?
When we saw Abbey Anderson play with Jimmy on stage, two of my friends.  Then just dug into it a little more on how country music is being received out there. We also did a run with Michael Ray and then with Tenille Arts and Tyler Rich to a bunch of cities in the UK and Germany and it just felt like it was time.

3) What is your favourite song to play live?
I really enjoy all of my songs to play - I really never choose favorites but there’s something for everyone.

4) What sights do you hope to see while on your latest trip to London?
We did the major toursist stuff last time and this time I want to find the hidden gems that the locals hang. So if you want to show us around, DM me on my IG.

5) What 2 top facts should we know about you?
1. Anytime you’re around me, it’s a judgement free zone. But I don’t like disrespect   :)
2.  I want everyone to be happy and secure within themselves. I’m living the dream but still have a long way to go
​Hailing from Shreveport, Louisiana, halfway between Dallas and New Orleans, Willie Jones’ early musical interests spanned everything: from gospel, pop and R&B to the country and hip-hop vibes he embraces within his own music. He wanted to become a country singer since the age of 14, when he won a school talent show by covering Josh Turner’s ‘Why Don’t We Just Dance’.

Possessing a gift for melody together with an authentic country voice are the cornerstones of his talents, but his lyrics speak to an audience who wouldn’t normally gravitate towards the genre. It’s there in the first line of ‘Runs In Our Blood’: “Me and my fam go ham, go hard in the paint.” That’s true of his other early key tracks, ‘Down For It’ and the hedonistic “good-ass time” of ‘Bachelorettes on Broadway’.

That genre-splicing comes naturally to Willie Jones. As he told Rolling Stone in an Artist You Need To Know feature, “My whole thing is that it’s the delivery, what I’m saying and singing, the swag and the inflection. It’s not that I’m outwardly trying to be something so different. I’m just coming in and doing what feels normal. Other people are chasing radio, I’m chasing a vibe.”