Sam Outlaw Live at The Hassocks

When you see an artist is touring the UK and there is a show within the confines of the M25 when you live in the capital, the shows outside of London feel like they exist only on posters and why would you even consider going elsewhere? However, due to finally falling victim of a little virus that has impacted our lives for the last two years, I was unable to see Sam Outlaw and Ruthie Collins on the opening night of their tour at Omeara and I was absolutely gutted. As I was finalising the interview that we did with Sam ahead of the tour (Read HERE) I noticed that whilst the London dates were off the table, Hassocks was only half an hour away from me on the train and there was a show there a week later.
​
After a couple of negative tests, the allure of seeing Sam playing more acoustic than he had typically played over here before and that he would be playing songs from his latest album “Popular Mechanics” live for the first time along with another opportunity to see Ruthie, who I had seen during C2C festival 2 weeks prior felt too good to turn down. The Mid Sussex Music Hall is a decent sized venue attached to The Hassocks pub in Hassocks and directly opposite the train station. A wonderful country feel to the pub, that is a real gem with great beer and you often find they have a street food vendor outside which on my visit happened to be serving Greek takeaway and there was no way I could say no to halloumi. The music venue itself has a high ceiling and really great acoustics so even though I am not normally one for seated gigs (I am not sure if this is always the case at the venue) I was really impressed with the venue and would definitely look to escape the smoke and head there again! 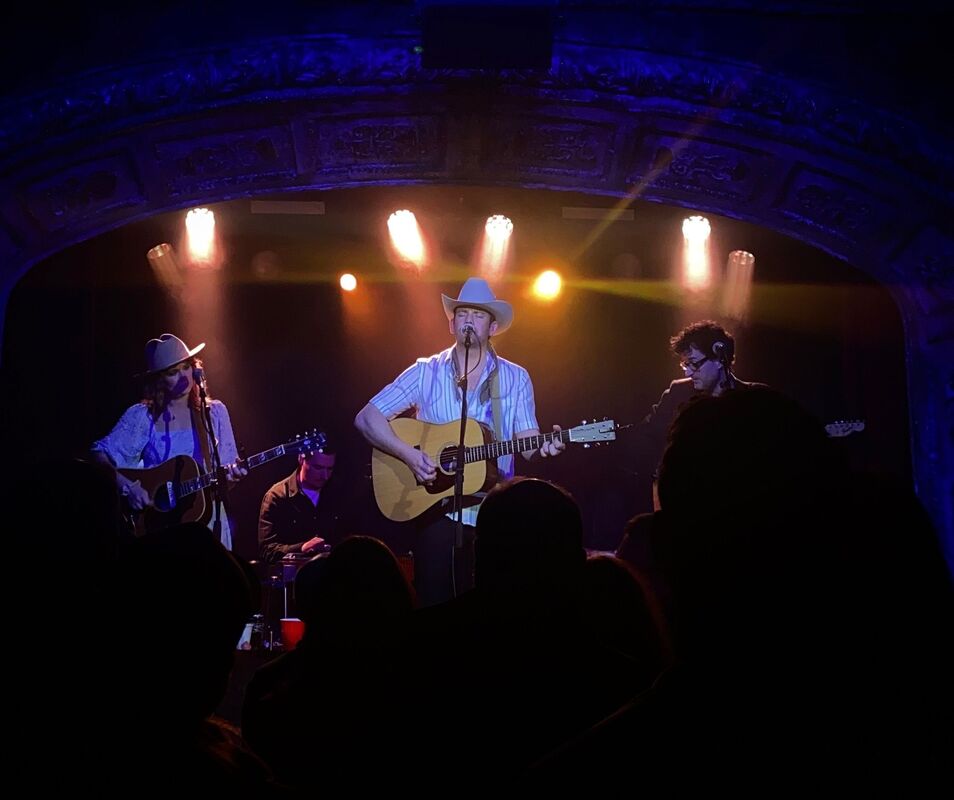 Credit - Lime Tree Music
The show opened with Cheyenne Medders who is Sam’s producer on Popular Mechanics (and later on in the evening would be one third of the Sam Outlaw trio) playing a short set and giving a very strong introduction to him as a vocalist and artist in his own right.

In our game of covering music, you try to avoid having “favourites” but if I did have to declare a list, Ruthie Collins would be right up there. I first discovered her quite a few years back through social media when I saw her appearing in posts by Natalie Stovall (who I think I first found out about in a similar manner through Lindsay Ell) then after listening to her music I got to see her on stage during CMA Fest in 2018 (and again in 2019 but the second time was as a duo with Natalie doing very different music – when I spoke to Ruthie at the back end of 2020, we did talk about Honeysuckle Rose which you can read HERE) and was really excited that she was finally coming to play in the UK at the back end of 2020 when unfortunately the UK government and the pandemic had different last minute ideas which meant her wait to play for an audience continued until Country 2 Country at The O2 Arena earlier this month.
​
Ruthie is a purely honest storyteller who as she puts it herself is someone that likes to sing sad songs but mask them as happy which makes her songwriting really relatable then is delivered with a really soft and beautiful vocal. Similar to having seen her at C2C, it was a real joy to hear tracks from her acclaimed “Cold Comfort” album including her long awaited first radio single “Hypocrite” along with debuting a new track “American Car”. She is one of the nicest, most genuine and hardworking people in the industry so to see her finally getting the recognition that she has long deserved and also her getting to experience the UK audience for the first time was just wonderful and I know we are already excited for her to return! 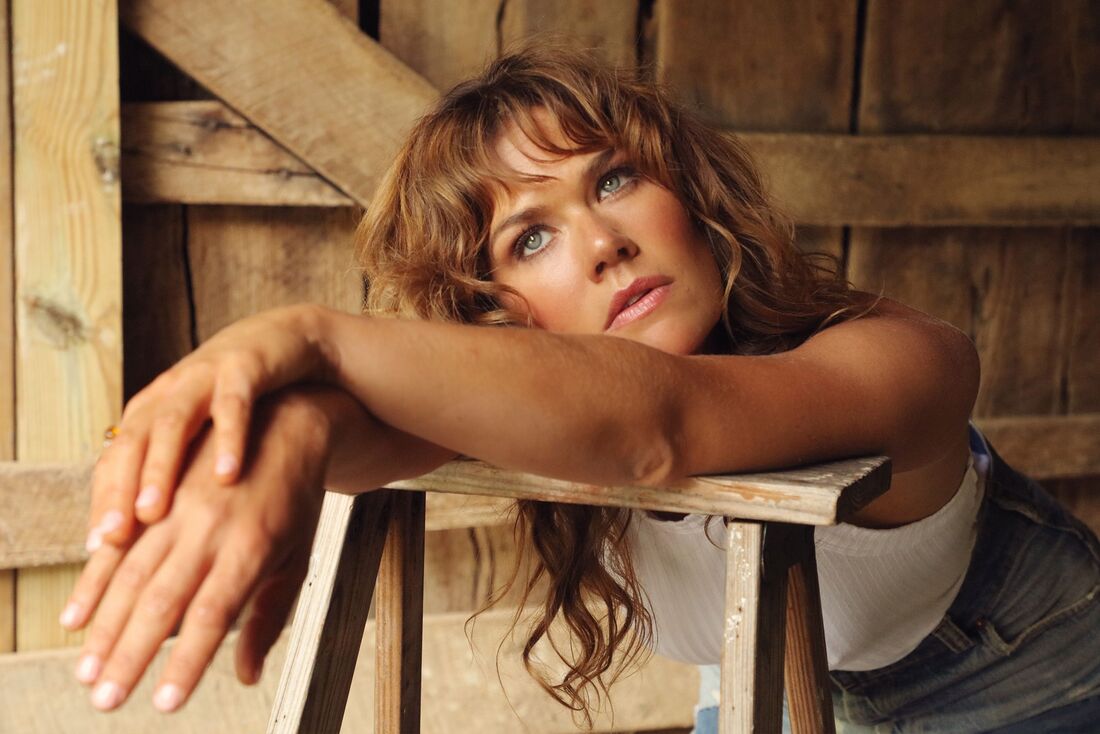 Whilst Ruthie and Cheyenne may not have graced the stages on this side of the Atlantic too much, Sam Outlaw has been a regular visitor to Europe who we last saw back at The Long Road festival in 2019 but his shows over here have previously been with a full band bringing a high intensity show, so a more stripped back and intimate way of delivering songs was also a new experience for him too.

Predominantly playing with three guitars and incorporating three-part harmonies, where Medders would also move back to play keys at times through the set, the show still allowed the full Sam Outlaw experience of a solid sense of humour (including some quips about line dancers and West Texas) and a really uplifting show and actually allowed his craft as a storyteller and vocalist able to be appreciated even more in this setup.
​
Playing songs from across all of his records from Angeleno up to sharing songs from Popular Mechanics for the first time, it really catered for however people liked or discovered the Sam Outlaw sound, whether that being more traditional country or the SoCal vibes or the more dynamic and progressive elements that you encounter through the new record. The delivery through the harmonies with songs like “Tenderheart”, his love song for every single one of you “Love Her for a While” and the standout track on his new record “Here on a Mission” just allowed the songs to be given the full attention for how great the songs themselves are. Then with Collins adding the female vocal as such a strong vocalist in her own right allowed this creativity and bringing variety into the show. She took on the Sarah Darling part of “Forever and Always” and also took the lead vocal for a cover of Roxette’s “It Must Have Been Love” whilst the intertwining of voices came across so superbly in such a slick fashion as the main set ended with “Ghost Town”. 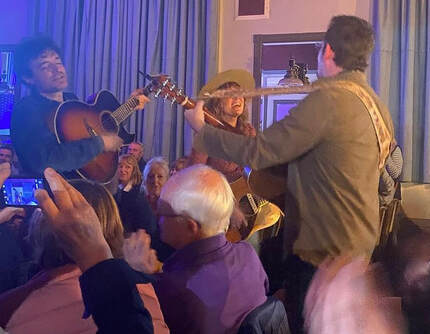 Credit - Kate Willis
The real treat for the night was saved for as they unplugged and walked off stage into the middle of the audience for their stripped back encore, concluding the show with “Trouble” and there really is something special about seeing songs performed live in this fashion. Sam’s latest album is such an exciting record but performing the songs without the full drums and bass really highlights the depth of the project so much but equally we can’t wait for him to come back and rock the house once more like only he can.

The extended release of “Cold Comfort” from Ruthie Collins is available now which you can find HERE along with her current radio single “Hypocrite” and details of where you can find her playing this year. Ruthie will be back in the UK in the summer where she will be appearing on Saturday 20th August at the Millport Country Music Festival in Scotland (full details on the festival HERE) and you can keep up to date with her socially on Instagram Twitter or Facebook.
​
During his UK tour Sam Outlaw shared his latest track “Lonely Man” which is out now and available HERE whilst you can find his current album “Popular Mechanics” HERE. To keep up to date with Sam you can follow him socially on INSTAGRAM TWITTER & FACEBOOK.